To be a World Class Television Network.

– To serve as a means of impacting knowledge through educational, informative, and entertaining programmes;

– To preserve Nigerian culture and promote cultural and political awareness in the country and beyond;

– To provide viewers with the most reliable, authoritative and independent coverage and analysis of contemporary issues of national, regional and international events through News programmes;

– To enrich national output through fostering the spirit of hardwork and productivity;

– To ensure the establishment and maintenance of high standard for efficient operation of the broadcasting system;

– To implement all the objectives with an eye on competition in order to ensure competitive advantage and profit; and

– To become an integral part of the information highway.

What is now known as the Nigerian Television Authority started as the Western Nigerian Television Services (WNTV), which beamed its first signals to the people of Nigeria and the entire Africa on 31st October 1959. By the beginning of 1962, the three regional Governments that existed in Nigeria had set up the Nigerian Television Service (NTS). Then with the creation of twelve (12) States in Nigeria, more television services were established and by 1976 when all television stations were taken over by the Federal Government under Decree 24 of 1977, the Nigerian Television Authority was born as the sole entity responsible for Television broadcasting in Nigeria, beginning with ten (10) stations. It later added twenty (20) more stations, bringing it to thirty (30) stations by 1999; and today, the organization boasts of one hundred and one (101) stations following the decision by the Federal Government of Nigeria to further expand television services in the year 2002 for wider reception, especially to the rural areas. These developments have given NTA the status of the largest network in Africa.

The Nigerian Television Authority (NTA) is the National Television Network for the people of Nigeria. Its key function is to provide independent and impartial television broadcasting for general reception in the interest of Nigeria. No other Television Station in Nigeria is charged with the same social responsibility of public interest broadcasting. Accordingly, the NTA seeks to serve as a tool for national integration.

Aside the 36 Stations and Abuja, NTA runs 62 Community Broadcast Stations, Digital Multi-Channels and subsidiary companies as indicated by the map. 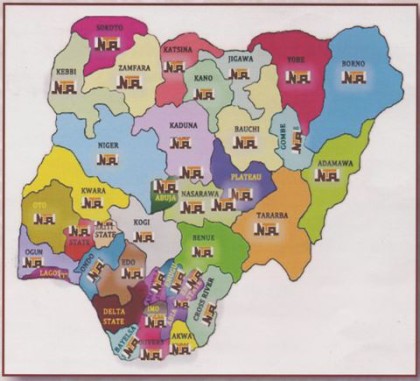 As a global network, NTA presently has bureaus in 7 countries of the world, including the United Kingdom, Washington DC, Ottawa (Canada), Accra (Ghana), Cairo (Egypt), Germany and China. These Bureaus are manned by experienced reporters who cover Nigerian-related events around the world.

The Authority is also perpetually committed to recreating its network programmes, not only to satisfy the yearnings of millions of TV viewers, but particularly to strengthen it in fulfilling its crucial role as a pillar and enhancer in the development of a shared national consciousness, cohesion and identity of the Nigerian nation State. 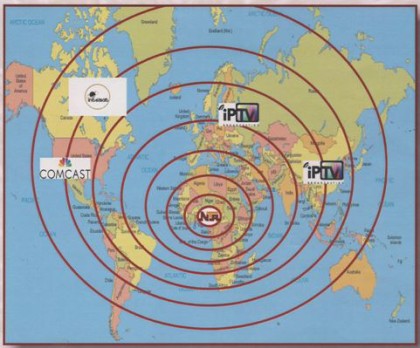 Further, NTA signals could be accessed in:

THE STRUCTURE AND MANAGEMENT 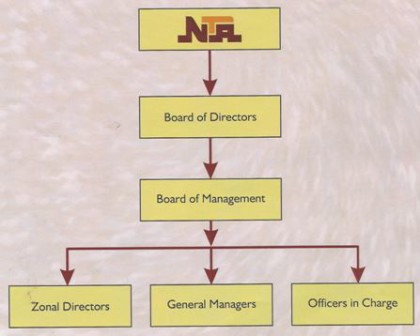 For over five (5) decades of professional practice, NTA’s Programmes Directorate has produced programmes in the genres of drama, children, youth, talk shows and documentaries, all targeting at family entertainment.

Thus, the fundamental principles guiding NTA programming hinge on the production and airing of educative, informative, entertaining and marketable rich programmes that meet all the criteria of standard production.

Drama: NTA’s classics like the ‘Village Headmaster’, ‘Cock Crow at Dawn’, ‘Behind the Clouds’, and ‘Masquerade’ treated several moral, family and societal issues; thus promoting the appreciation of indigenous values. Soap operas like ‘Mirror in the Sun’ and ‘Ripples’ were chart busters that viewers rushed home to watch weekly.

Musical/Entertainment: The live musical programme, ‘Band Stand’ had for years attracted thousands of live audiences of different age groups and societal standing. Other musical shows like ‘Stars of the Tube’, ‘The Bala Miller Show’, ‘ASAA’ and so many others also promoted mental and physical relaxation.

Children Variety: In the genre of children’s programming, the ever expressive and didactic folk-drama programme, ‘Tales by Moonlight’ remains (about) the longest running TV programme that extols the aesthetics of African/Nigerian folk-lore.

In its quest to meet up with current realities in TV entertainment, the Programmes Directorate in recent times embarked on the creation of new programme concepts and redesigning of some old programmes to elicit more viewership and sustain the interest of different target audience. These programmes include ‘Weekend Deal’, ‘Life Stories’, ‘The Street’, ‘No Ordinary Day’, ‘Guest Chef’, ‘My Music and I’, and ‘Boundaries and Transit’. 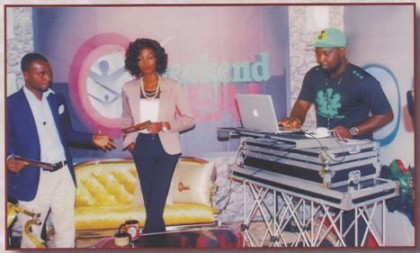 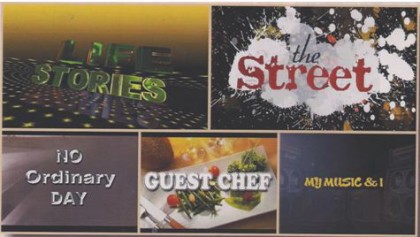 Another key responsibility of the Programmes Directorate is its lead in International relations with large TV networks which has led to significant collaboration for co-productions and acquisition of new programmes, to further liven up the screen. Through these efforts, NTA now partners with BBC Media Action, Discovery +234, CNBC International among others.

There are other local partnerships with indigenous Producers and organizations with similar objectives; like the ‘Centre for Black African Arts and Culture (CBAAC)’.

NTA is always open to such meaningful and mutually beneficial partnerships for the enhancement of the broadcast industry.

The news Directorate ensures that purposeful communication of development and activities within the country, other parts of the African continent and global community are brought to the attention of the populace. The Directorate deploys both its core News and Current Affairs belt to the actualization of Government’s policies and programmes.

The News Directorate covers assignments both locally and internationally with the aim of bringing the activities of Government nearer to the people; with its broad reach throughout the nation and globally. 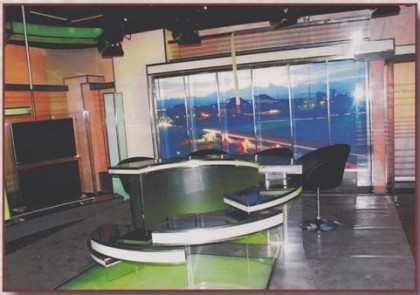 Other activities of the News Directorate with its Zonal Centers, State and Community Stations across the federation are-:

There is an array of not less than 30 Current Affairs programmes handled by highly trained professionals in various areas. These programmes are structured to provide an information-rich environment through robust discussions to deepen the democratic process and culture. For instance, the programme ‘Good Morning Nigeria’ is easily the most watched political and current affairs programme in the country. With a no holds-bar interview format and distinct style of presentation, the programme x-rays government policies, issues of national interest, developments, government activities, politics etc.

The Directorate has the primary responsibility of generating revenue for the Authority. Due to the vast nature of the country, there are unbelievable media marketing possibilities and the Marketing Directorate is always poised and effectively equipped with well-trained professionals to give the desired touches to the advertising needs of NTA’s numerous clienteles; with the right cutting-edge marketing creativity. Moreover, with NTA’s widest reach in the entire African continent and international audiences, it remains the best choice for the advertiser. 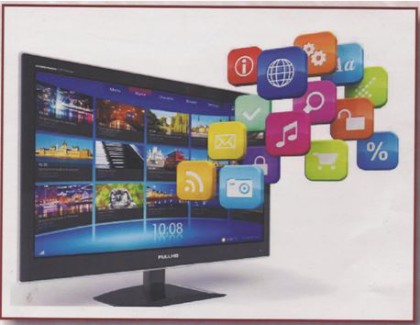 This arm of the Directorate is laden with the responsibility of the day to day administrative running and financial management of the Organization. The NTA nationwide staff strength covering 36 States and Abuja is over 5000. 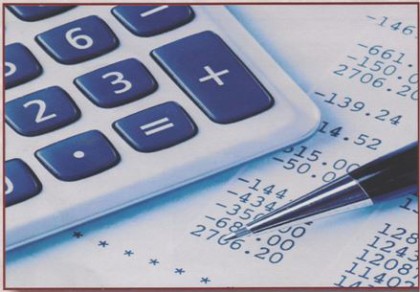 Charged with the responsibility of managing the technical and technological aspects of the organization; aside the core task of technical management of broadcasting through improved clarity in NTA’s transmission, the Engineering Directorate is carrying out an upgrade preparatory to digital broadcasting switchover expected in June 2017.NTA operations are linked with the Fibre-optic cable system which brings about improved quality to broadcast signals. 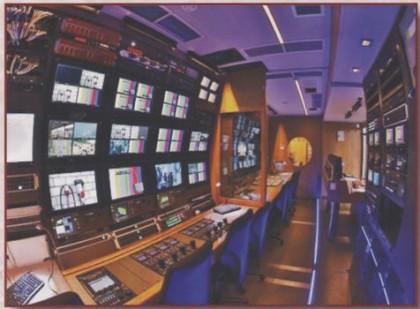 This Directorate carries out exceptional services that fall outside the core activities or operations of the traditional operational areas of Television Broadcasting and its auxiliary departments of Corporate Affairs and Research and Development. It also supervises the Multi-Channels project comprising of eight (8) specialized broadcasting activities of NTA on digital platform. These channels are: 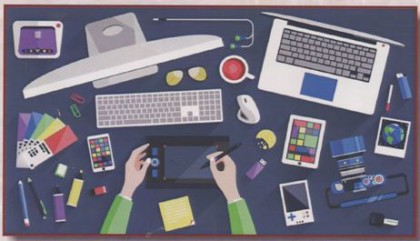 The Directorate is responsible for manpower development, through regular training of staff, via workshops, seminars and short courses. The workforce capitalizes on the benefits of these training to deliver standard broadcast media practice. 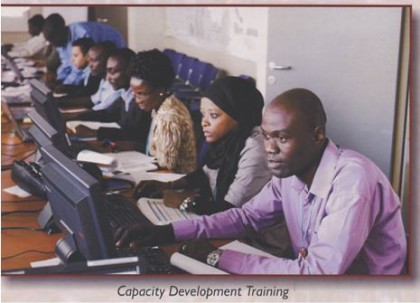 With NTA’s strategic partnership with the Star TV Network of China in 2009, digital television services have reached at least 52 Nigerian cities. This project has eventually become the engine room of the entire national digitization process; as Nigeria was able to test-run a successful analogue to digital switchover on June 30, 2014 in Jos, Plateau State.

NTA’s outside broadcast capability is outstanding, with latest OB Vans with HD facilities. They are managed by qualified and experienced engineers and support services personnel. Each OB Van is installed with: 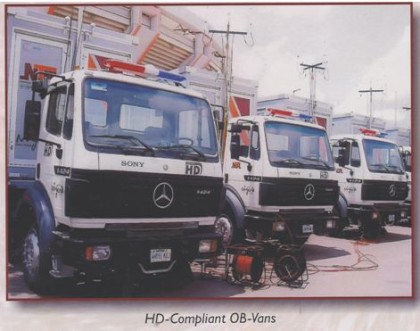 NTA’S LEADING ROLE AND COLLABORATION IN THE ENTERTAINMENT INDUSTRY

What is now known as Nollywood, Nigeria’s movie industry had its emergence from the pioneering efforts of NTA in drama production and training of the performing artistes. Today, Nollywood prides as the second largest movie industry in terms of yearly volume of production. NTA continues to support the industry in the areas of partnerships and promotions. The achievement of Nollywood has brought it to the level of one of the major foreign earners for the country.

Indeed, NTA is positioned to deliver the best television and allied services through its subsidiaries. This makes the organization a partner of choice in terms of business relations and collaboration; that brings mutual benefit to both sides of the divide. Through its highly professional and quality services, as delivered by its trained workforce, the Authority has effectively enhanced national and regional cohesion; while meeting international broadcasting entertainment appetite.

NTA: You can’t beat the reach. 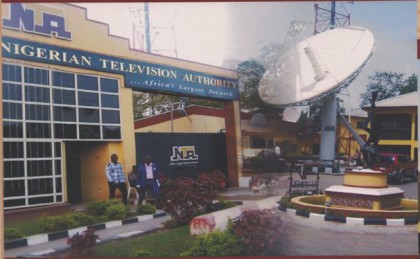 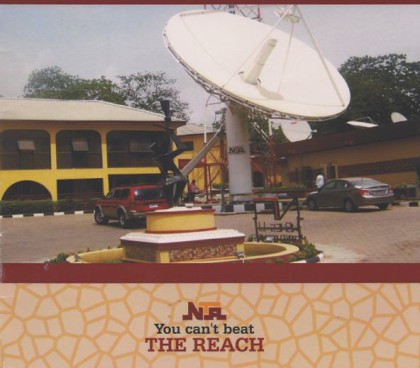