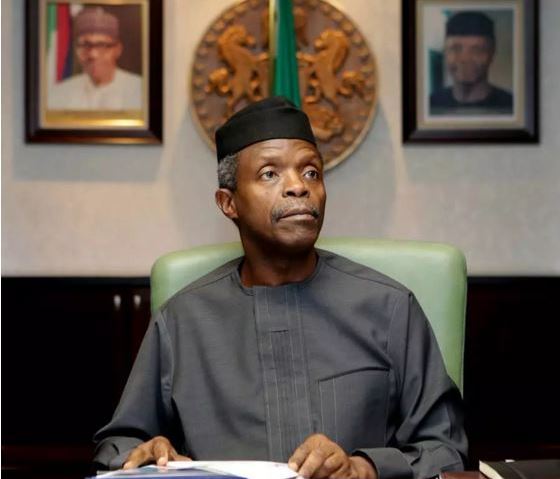 Vice President, Prof. Yemi Osinbajo, SAN says the Buhari presidency has a clear idea on how to execute its agricultural policy to achieve self-sufficiency in food production, and diversify the economy in the process.

This was disclosed in a press release issued by the Senior Special Assistant-Media & Publicity  to the Vice President, Laolu Akande on Wednesday.

Prof. Osinbajo said by launching the CBN Anchor Borrowers financing initiative in Kebbi State, while also flagging-off the dry season rice and wheat farming late last year, what the President did was setting-off an agricultural revolution without saying so. He added that President’s action also “showed he had a clear idea of how to execute a formidable agricultural policy.”

According to the VP, “the President said it throughout the campaigns that pursuing an active agriculture policy in rice and wheat would be important” because Nigerians consume them, and importing more of both, even though these are crops that the country has the capacity to grow locally.

Earlier the Kebbi State Governor Bagudu observed that the political will of the Buhari presidency in supporting rice and wheat farmers is “energising,” the agricultural sector, raising the esteem of the farmers and heightening productivity. As a result, he noted that Nigeria would be self-sufficient in rice under two years and in wheat within three.

In their remarks, the presidents of both associations expressed satisfaction with the support rice and wheat farmers are now receiving from the federal government.

According to Mallam Aminu Goronyo, the President of the Rice Farmers Association, before the coming of the Buhari presidency, “farmers in Nigeria were considered useless people on the streets, but now farmers are kings.”

As a proof, he disclosed that banks are now soliciting farmers to open accounts, even offering banking services on the farms. He added that people have also been offering farmers credit lines for purchases. “We have not been having this kind of respect before, we have become kings today,” Goronyo stated.

The President of the Wheat Farmers Association of Nigeria Salim Saleh Mohammed said most rice farmers were also wheat farmers, adding that the productivity level of both sets of farmers have already gone up.

Part of the Strategic Implementation Plan of the 2016 Budget which has been adopted yesterday by the Federal Executive Council, FEC, is the pursuit of measures to make the country self-sufficient and net exporters of certain agricultural items including rice in 2018 and wheat in 2019.