The National Biotechnology Development Agency (NABDA) says it will take between seven to 10 years for scientists to genetically modify one crop. 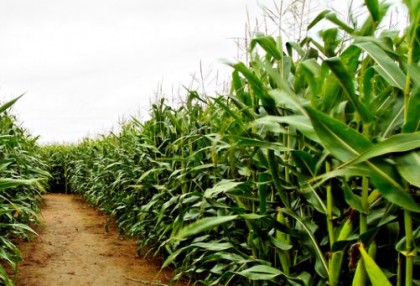 The Director-General of NABDA, Prof. Lucy Ugbado, disclosed this when she featured on the News Agency of Nigeria (NAN) Forum in Abuja.

Ugbado said GMOs were yet to be available for commercial purpose in the country because the products were still under observation.

“Scientists are not just modifying for the sake of modifying any crop, because these modification processes take nothing less than seven to 10 years to arrive at one product.

“That is how long it takes to get one product.

“So, it is not experimentation that is based on scientists just trying to satisfy themselves.

“They are targeted at those issues that bring succour, that are of benefit to the society.

“The BT cowpea is already in the pipeline.

“It has gone through introgression, experimentation.

“It is now being tried in different parts of the ecological zones that support the cultivation of cowpea to ensure that they are well-adapted to this environment.

“So that when they are finally released, they will do very well on those environments.

“That is the stage in which it is now; so, give another one or two years and that one will be commercially available.’’

She said the second one was the African bio fortified sorghum, this is guinea corn and this has been fortified with nutrients and vitamins to ensure that infants who take this infant formula ‘Akamu’ that is pap produced from guinea corn are not malnourished.

“Thirdly, is the newest rice nitrogen efficient, water efficient, salt tolerant rice, this rice has been modified in such a way that it can grow almost any where even where there is little availability of water it can do very well in those area.

“Even where nitrogen content of soil is low, it can do well.

“It then means that the farmers do not have to apply much fertilizer to the rice; these are the benefits that scientists are working towards.’’ She added.

NABDA was established in 2002 with the mandated to develop biotechnologies in the country.