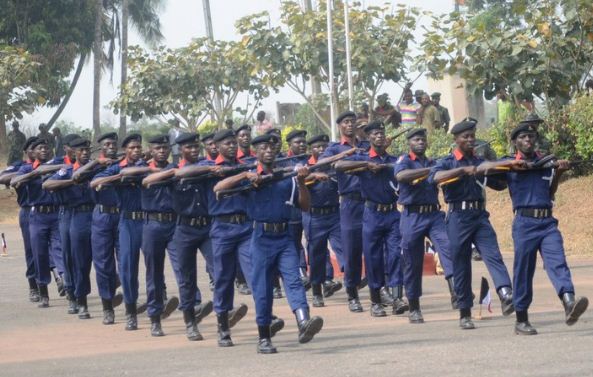 The Nigeria Security and Civil Defence Corps (NSCDC) says it will deploy 5,000 personnel to man the proposed cattle ranches across the country.

This is contained in a statement signed by Mr Emmanuel Okeh, the spokesperson of the corps and made available to the News Agency of Nigeria (NAN) on Thursday in Abuja.

According to the statement, Mr Abdullahi Gana, the Commandant-General of NSCDC, made this known while briefing the management team and personnel of the corps on the recent development at the National Headquarters.
Gana said that the corps was prepared to man all cattle ranches across the country as proposed by the Federal Government through the Ministry of Agriculture.

“The trend of insecurity and the rising crisis between the farmers and cattle herdsmen in various parts of the country has resulted to destruction of lives and property of the citizenry.

“Therefore, it has become imperative for the corps to deploy its personnel for this purpose in order to stem the tide of vandalism and crisis among the herdsmen and members of the communities where they operate,’’ he said.
According to Abdullahi, to avoid further wanton destruction of lives and property, the corps had restrategised its operational tactics through the use of ICT and other equipment.

“These measures will go a long way in restoring peace and order in the country with a view of nipping in the bud issues that could affect the peace of the nation,” it said.

Meanwhile, Gana has urged the Niger Delta Avengers (NDA) and other agitators to embrace dialogue instead of confrontation.
He reiterated that dialogue and peaceful settlement of the offending issues in Niger-Delta would speedily usher in the peaceful atmosphere that is eluding the region now.

According to him, “the fiercest war in the world ended in the office and not at the battle-field.
“Hence, development can never strive in an environment of rancour and ill feelings’’.

He quoted Winston Churchill’s saying: “When we war-war, we jaw-jaw, it is better to jaw-jaw than to war-war”, for peace to reign.

He solicited for support and collaboration from all and sundry, especially major stakeholders, to give peace a chance in national interest.

NEWER POSTCBN Flags Off Entrepreneurship Programme To Empower 1,500 Youths
OLDER POSTZakatul-Fitr: Time, Food Stuff, and Quantity To Give Out