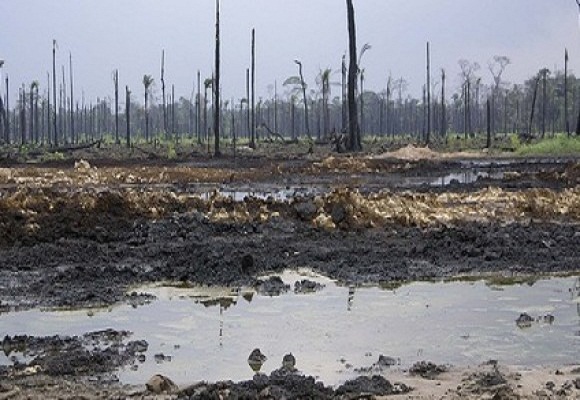 The Artisanal Fishermen Association of Nigeria (ARFAN), Bayelsa chapter, has commended the Federal Government for seeking legal redress over the January, 2011 oil spill at Bonga Oilfields.

The government, through the National Oil Spills Detection and Response Agency (NOSDRA) instituted the suit in

May, 2016 against Shell Petroleum Development Company of Nigeria, operators of the oilfield.

The matter which is at the Federal High Court, Abuja, took that dimension after Shell failed to honour a demand by NOSDRA to pay 3.96 billion dollars (about N1.13 trillion) compensation for the spill.

The Director, Oilfields Assessment of NOSDRA, Dr Idris Musa, had said that over 40,000 barrels of oil spilled into the Atlantic Ocean and had polluted the waters, compelling fishermen to suspend fishing.

Chairman of the fishermen’s association, Elizabeth Egbe, told News Agency of Nigeria (NAN) on Thursday in Yenagoa, that steps taken by NOSDRA to get redress for communities and fishermen affected by the spill were commendable.

“For the first time, government has taken a giant stride by taking Shell to court to seek compensation for fishermen and communities in the Niger Delta region.

“The spill had taken a negative toll on fishermen from the region. The intervention showed that the President is genuinely interested in the welfare of Niger Delta people.

“We commend the Federal Government for taking Shell to court to press for the compensation of impacted fishermen. Since the spill occurred fishermen have been adversely affected.

“The spill had also wiped out the Bonga fish specie, which the oilfield was named after; Bonga fish has gone into extinction. Bonga fish is the mainstay of Niger Delta fishermen.

“The move by government to protect the economic interest of the citizens of the Niger Delta is very encouraging and we have never had it this well in the past,” Egbe said.

She urged the Federal Government to work out a palliative to assist the fishermen to revive their fishing business and boost fish production while awaiting the resolution of the court on the issue.

Egbe also lauded the move by the Nigerian government to clean Ogoni land.

She urged the government to extend the clean-up to the entire Niger Delta region as recommended by the United Nations Environment Programme (UNEP).