Farmers in the North Central Zone Get Training On Entrepreneurship

Farmers in the North Central zone of Nigeria are been trained on yam and cassava processing and packaging to boost entrepreneurship and value addition.

Declaring it open in Makurdi the Benue state capital, the National Coordinator of WAAPP-Nigeria Dr. James Apochi said the training was to promote opportunities for job creation and enhance agricultural productivity to foster integration in the sub-region through generation and dissemination of agro technologies‎ for adoption by farmers.

Mr. Apochi said he hoped that at the end of the training, the participating farmers would be able to produce these products, market the product(s) and manage the business profitably.

Technologies developed
The national coordinator stated that WAAPP in collaboration with FIIRO had developed 250 technologies, 50 of which were already commercialised.

“The technologies include sorghum malting and brewing of 100 per cent sorghum beer, baking of bread and other confectionery from composite flour, cassava flour production, production of fruit juice among others.

“The aim of this training is to promote job creation through training of 300 unemployed youths and women on selected technologies based on raw materials in each geo political zone.

“At the end of the training, participants are expected to be able to produce products, check quality of raw materials and products, market products and‎ manage businesses profitably,” he explained. 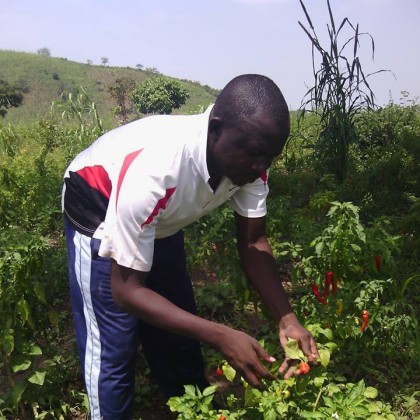 Mr. Apochi urged participants to take advantage of the training and put the knowledge acquired to use.

The Benue State Commissioner for Agriculture ‎, Mr James Anbua who thanked WAAPP-Nigeria for choosing the as host of the training.

‎Mr. Anbua said the objectives of WAAPP-Nigeria were in line with the State Government’s agro industrialisation policies.

The commissioner said in a bid to retain the state’s title of ‘The Food Basket of the Nation,’ the state government had embarked on‎ agro projects to revive moribund agro industries.

He said plans were on going to for additional procurement ahead of the dry season farming, stressing that WAAPP-Nigeria’s one billion naira investments in the state would be put to judicious use.

Also, the Director General of FIIRO, Dr Gloria Elemo said the institute had trained over 500,000 techno-entrepreneurs, many of which had established profitable enterprises.

According to her, the training which will go round all the six geo political zones in Nigeria, will focus on cassava and fruit juice processing‎, instant pounded yam flour, kunu and zobo production as well as preservation and fish smoking.

Addressing unemployment
Dr. Elemo said the overall objective of the training was to address‎ unemployment for women and youths and expose them to technology-based entrepreneurship‎.

The Director General of FIIRO, Dr Gloria Elemo was represented by a Deputy Director in the institute, Mr Felix Ajuebor.

“The programme is making life better and farming more profitable for farmers through its new developed technologies,’’ she added.

The West African agricultural productivity programme (WAAPP- Nigeria) is a World Bank sponsored project and it is being implemented in all ECOWAS countries.