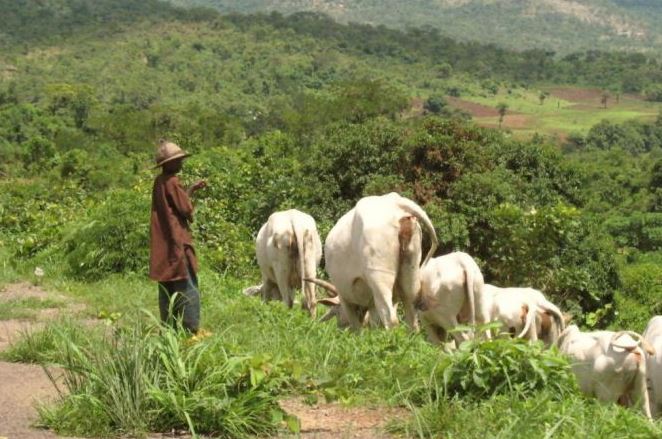 Access to land either for grazing or farming, plus conflicting land use laws have been identified as the major problems leading to clashes between farmers and herders.

This was pointed out at a dialogue between farmers and herdsmen, organized by the Institute for Peace and Conflict resolution.

The growing number of livestock have continued to increase the demand for more grazing reserves by herders, likewise, the increase in human population puts up more people to be fed by farmers, which also means the increase in lands cultivated for food. Summarily, encroachment takes place.

Speakers also believe that large scale cattle rustling is also a problem, adding that where cattle rustlers rob communities of their livestock, they destroy such communities to create a partial distraction for their crime. Igniting mistrust between farmers and herders.

Prior to the forum, the Federal Government had earlier set up a technical committee under the chairmanship of the Director General, Institute for Peace and Conflict Resolution (IPCR), Professor Oshita O. Oshita to develop a suitable road map for an expanded stakeholders meeting.

The Committee, according to the terms of reference in the letter, is to outline a tentative strategy to deal with the conflict vis-à-vis methodology for an open stakeholders’ forum; situate the Niger-Benue generally and Nigeria in particular as area of conflict between herders and sedentary farmers;

Identify the problems underlying the conflict from regional and national perspectives; have an overview of past investigations including those already implemented and to highlight the successes and challenges of each; as well identify regional and local laws and regulations that impact the conflict.

The Institute for Peace and Conflict Resolution(IPCR) was established in February 2000. The Institute is under the Ministry of Foreign Affairs and is primarily a research

The Institute is under the Ministry of Foreign Affairs and is primarily a research centre, a think-tank, and an agency to strengthen Nigeria’s capacity for the promotion of peace and conflict prevention, management and resolution.