(VON)The African Development Bank (AfDB) says its portfolio which comprises of 55 projects are being implemented in Nigeria, amounting to 5.2 billion dollars to support inclusive growth and development.

AfDB Nigeria Country Director, Dr Ousmane Dore disclosed this at the closing of the three-day 11th African Economic Conference 2016 with the theme, “Feed Africa: Towards agro-allied industrialisation for inclusive growth.’’

The conference was organised by the AfDB, UN Development Programme (UNDP) and UN Economic Commission for Africa (UNECA).

Dore said that Nigeria was selected to host the conference, adding that the bank had been promoting agro-allied industrialisation and value chain agriculture in the country.

“Fifty five projects of the bank amounting to 5.2 billion dollars comprising of our portfolio today in Nigeria out of these, 13 per cent used portfolio is in agriculture .

“What is more important is the approach the bank has used in this country toward agriculture to look at agriculture from programme perspective to value chain- staple crop processing zone.

“We have set up the processing zone in this country to promote agriculture from farming all the way to market,’’ he said.

The official said that the Agriculture Transformation Support programme was the main programme that the bank had in Nigeria.

He said that the programme which cost 150 million dollars implemented in four states of crop processing zones would be extended to other states.

“This programme is being extended by 200 million dollars on coming years to try to set up this processing zone across the country.

“Also, we have Enable Youth Programme in Agriculture, it is meant to get youths to set up their own agriculture businesses. The programme will cost 300 million dollars to roll out.’’

He said that the continent needed to use agriculture as an avenue to accelerate its transformation and development.

“All hands must be on desk as we place agriculture at the centre of agriculture transformation.

“The debate that has taken place from this meeting is that agriculture must take its place as the mainstay of African growth and transformation.

“It was established that agriculture must be moved from a sector that have a potential to bring out its full potential.

“The sector should transform itself from agro-allied and this must be the key concept to take away,’’ the official said. 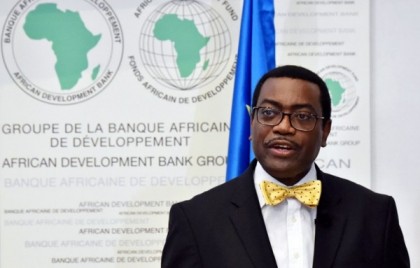 In addition, he said that the continent should learn from countries which had used agriculture to transform their economies from poverty to achieve income growth.

He gave example of Korea which used its main endowment of agriculture to transform its economy from feeding people to create small manufacturing- agro-allied industries.

According to him, this led the country to generate enough income and now it has moved into high technology.

He told the stakeholders to think beyond the conference to achieve the outcome of the meeting.

“There is massive uncultivated arable land in Africa so why not use the opportunity to use this potential to move toward transformation once sought by African leaders.

“Development must be underpinned by some industrialisation strategies.

“We do recall the way many Africa countries rolled out industrialisation policies in the 60s and 70s, what is clearly being understood today by development specialists.

“The specialist said that unless the countries move towards well designed policies, well thought industrialisation policies, they are going to be stuck.

“They are going to be stuck, in a situation where they depend on the same commodity export and therefore subjected to problem of international price movement,’’ the official said.

Dore, however, expressed optimism that the conference had raised awareness on the need to put in the centre of Africa development, the issue of industrialization.