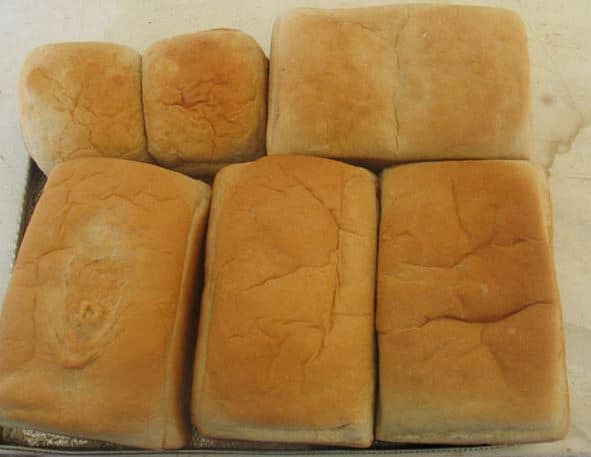 Chief Audu Ogbeh, the Minister of Agriculture and Rural Development, told the News Agency of Nigeria (NAN) Forum in Abuja the move was to effectively utilise cassava in food production and processing.

Former President Jonathan in 2012 launched the cassava bread, which was made from composite flour containing 40 per cent cassava and 60 per cent wheat.

Ogbeh expressed regrets that although Nigeria was the largest producer of cassava in the world, the economic and industrial potential of the crop had yet to be fully explored and utilised.

He said that the revival of the cassava bread initiative would help reduce importation of wheat, as different proportions of cassava and wheat would be combined to produce the composite flour used for baking bread.

FG Returns Federal Agric Universities to the Ministry of Agriculture

He said that the venture would save a lot of foreign exchange, hitherto used in importing wheat, for Nigeria, while encouraging cassava farmers to increase their productivity.

“The use to which we have put cassava has been very low. We haven’t produced industrial starch even though we are trying to revive textiles, we haven’t done ethanol, we are importing ethanol.

“We haven’t exported cassava chips because of the cost of transportation from the hinterland to the ports.

“The bread one is still coming up. There is something you must add to bread if you use the cassava flour called bake shop.

“There is a Nigerian who wants to come and set up the factory here. You add that so that the bread can rise; that is what we are waiting for, it will be done.’’

Ogbeh said that the Federal Government was also working to get flour millers to add 15 per cent cassava in the wheat they milled.

On farmers/herdsmen clashes in the country, the minister said that the military was currently training no fewer than 3,000 agro-rangers to protect the farmers.

He, however, said that the government would tactically handle the issue so as to ensure that farmers and herdsmen were comfortable with the decisions reached.

“For many years, we didn’t quite realise that the herdsman is also a farmer, so while we were supporting cassava farmers, maize farmers and rice farmers, we did nothing for him.

“We didn’t develop grass. You cannot grow your diary and cattle industry without grass.

“We have to grow grass for cattle and grow fodder for them and some of these grasses contain 25 per cent crude protein.

“With that, your cow will give you not one litre of milk, which we are getting now, but 25 litres.

“We are taking over what is left of the old grazing reserves; we have acquired more lands in different states but our approach will be slightly different.

“After harvesting all the rice that we are growing now, we will take the rice straw and pack it and then add molasses from Dangote Sugar Factory.

“You will soon see the pyramids of cattle feeds as we slowly keep the cows in one location, give them water. The less they roam, the more milk they give you, the more tender their meat.

Ogbeh said that the government was also collaborating with some Muslim organisations to sensitise the herdsmen to the need to stop their clashes with farmers.