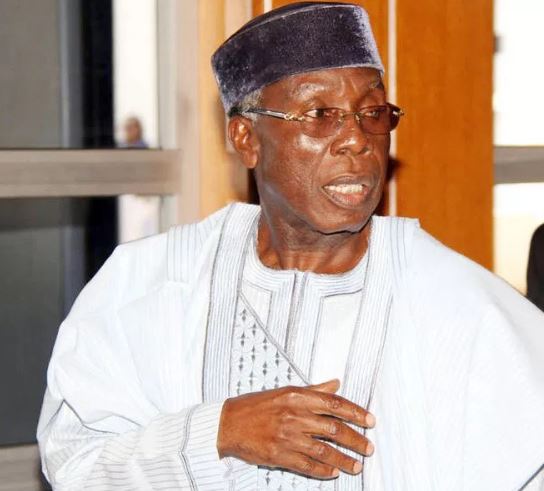 Famine Is Not A Threat To Nigeria – Minister of Agriculture

The Federal Government has denied the reports by some United Nations (UN) agencies of imminent famine in Nigeria.

There is no threat of starvation in the country, the Minister of Agriculture and Rural Development, Chief Audu Ogbeh, told the News Agency of Nigeria (NAN) in Abuja.

Three UN agencies — Food and Agriculture Organisation, World Food Programme and International Fund for Agricultural Development –reported that Nigeria was one of the countries that would suffer famine, food shortage and malnutrition.

Ogbeh stressed that it was virtually impossible for Nigeria to face famine or starvation because the country remained a major source of food for other African countries such as Algeria, Libya and the rest.

“I don’t think that the rest of Nigeria is facing any threat of famine. That is not true and I think these agencies have to be a little more careful in their prognoses.

“I think there are challenges in the North-East because this is a huge part of Nigeria which for five years has not engaged in food production.’’

He explained that the situation parts of northeast was not the same as what was happening in the North-West or North-Central or South-West or South-South.

“So, I think there is some degree of exaggeration and a mixture of situations, there’s no threat of starvation because we have been feeding Africa.

“So, to suggest that this country that is feeding the rest of Africa is almost to go totally hungry is not true. “

As regards malnutrition in the country, the minister conceded that this could occur as result of unbalanced food nutrients ingested by some people, wrong approach to food processing and materials used for packaging of food.

Ogbeh stressed that his ministry was trying to re-engineer food processing procedures in the country.

“As for malnutrition, there is that possibility, the simple reason being that there is a difference between eating much and eating well.

“And there is also the problem of our diet which the ministry is beginning to work on for the first time seriously.

“Eating well means taking all the nutrients the body requires; vitamins and proteins and carbohydrates in an even balance.’’

He said there were other threats to health — “the way we process food. We have to totally re-engineer the processing of food in this country’’.

“Bits of ferrous oxides are getting into food and metal poisoning is deadly; these are the issues we are looking at.

“If you ingest a lot of ferrous oxide, your kidney and liver begin to fail, there is nothing any doctor can do to help you.’’

The government has brought back the three Universities of Agriculture under ministry of agriculture.

“We are going to insist that each of these new universities should have School or College of Food and Health Sciences.

“We need to know more about what we eat and the effect it has on our system, so that we can spend less and less on our hospital bills; these are the issues we are looking at.’’

The nation would like to know the effect, for instance, the use of plastic cups to drink hot tea or eat `moi-moi’ (a local beans pudding) made in cellophane or a plastic container put in a micro wave.

“When you eat that kind of food, you are exposing yourself to nearly 50 possibilities of poison.

The minister urged the citizens to use only non-toxic materials for preparing or packaging their cuisines.