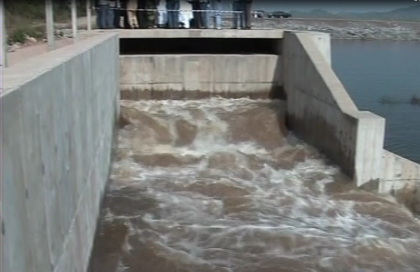 The Minister of Water Resources, Mr Suleiman Adamu, says the completion of Mangu Dam in Plateau is one of the top priority projects of the ministry in 2017.

The minister said this on Friday when Gov. Simon Lalong of Plateau visited him in Abuja.

Adamu said that the Mangu Dam project was initiated by the Federal Government to supply potable water to the communities in the neighbourhood.

He said that the dam was aimed at promoting dry season farming via irrigation and generating hydro-electric power.

Adamu said that the ministry inherited 116 abandoned projects across the country, including the dam, from the previous administration.

He, however, said that the water treatment plant of the dam had already been completed.

“At the end of a rapid technical audit of all the abandoned projects across the country, Mangu Dam project was selected as a priority project for completion in 2017.

“The Federal Government and the ministry understand and know the benefits of the dam to the people of the region.

“Over 90 percent of the abandoned projects are viable; they have the potential to benefit the people in their vicinities,’’ he said.

Responding, Lalong commended the minister for his outstanding achievements in the water sector.

He thanked the minister for including the Mangu Dam in the projects slated for completion in 2017, saying that the dam would be very beneficial to his people, particularly during dry season farming.

Lalong said the state had put some modalities in place to commence dry season farming and urged the Federal Government to make the goal a reality by completing the dam project.

“We want to go into dry season farming, so we need water to be able to do that. And it is only your ministry that can provide water for that purpose,’’ he