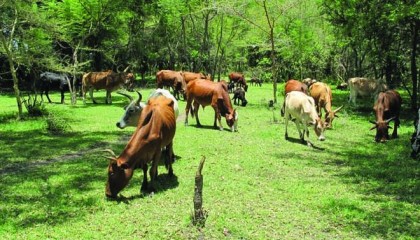 The management of the Fadama lll Additional Financing ll project in Yobe says the project has supported about 2,000 households across the state under the World Bank food security and livelihood support project.

Alhaji Musa Garba, the State Project Coordinator, stated this in an interview with the News Agency of Nigeria (NAN) in Damaturu on Tuesday.

He said a tour of the support programmes in Gujba, Gulani, Nangere, Bade, Jakusko,Yunusari, Giedam and Potiskum local government areas, indicated improved commitment of the people to sustainable economic self reliance and determination.

“Those in irrigation were provided with water pump machines, sprayers, fertiliser and herbicides; we also supported poultry farmers with birds.

“The livestock beneficiaries were supported with a set of three female goats and one male goat or, three sheep and two rams per household.

“It is very encouraging that the poultry farmers have started selling eggs to improve their economy while the goats have started multiplying,” he said.

The coordinator said a pond was constructed at Garin Gada village in Nangere Local Government Area of the state to boost irrigation and fishing activities.

He said the management of the project also provided food stuff items such as rice, beans, maize and vegetable oil to the benefiting households.

The project also constructed drainage in some communities under the Rural Infrastructure Programme to check flooding in the communities.

The News Agency of Nigeria reports that beneficiaries in arid communities in Yunusari and Giedam Local Government Areas have commenced the cultivation of rice, pepper, tomatoes, onion and Okra to boost food production. (NAN)