Butchers Want Niger Govt. to Compensate Them For Loss of Unhealthy Animals 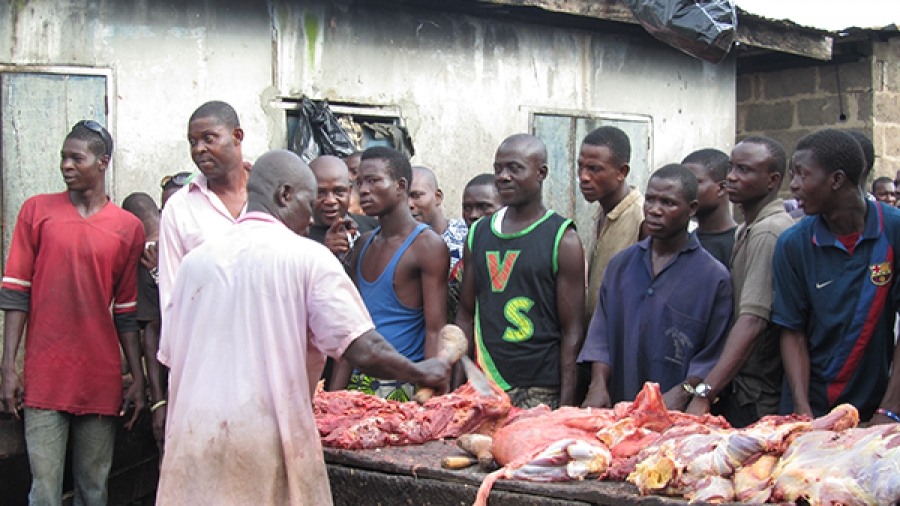 The National Butchers Union of Nigeria (NBUN), Niger chapter, on Tuesday urged the state government to introduce a policy that would compensate members for loss of unhealthy animals.

Alhaji Garba Kwabo, Secretary NBUN, made the call in Minna an interview with the News Agency of Nigeria (NAN).

Kwabo said that there was need for such compensation as a result of recommendation by health officials to ensure that unhealthy animals are not slaughtered for public consumption.

“Our business is risky and we have been incurring debts because when we purchase our cows they are not tested to know whether they are healthy or not.

“When we come back and the animals are tested by the health officials and if anyone is detected not fit for consumption we don’t argue with them as such animal will be a health hazard,’’ he said.

He said that it was necessary to compensate members to enable them continue business, saying that it was a natural phenomenon for animals to be sick.

“Cows are like human beings sometimes they get sick. When you see some cows they look robust and healthy.

“It is only through test that you will find out that they are not healthy for consumption,’’ he said.

The union’s secretary stressed the need for government to assist members to ensure that they don’t cut corners to sell unhealthy meat to unsuspecting members of the public.

He said that the union was working with the state Ministry of Fisheries and Animal Resources and Local Governments where abattoirs are located to ensure that the people of the state consume hygienic meat.

Kwabo said that the union has over 25, 000 registered members across the state.

He said that there were five modern abattoirs in the state, located in Minna, Suleja, Kontagora, Mokwa and Bida, adding that others were slaughter houses and slaughter slabs. (NAN)