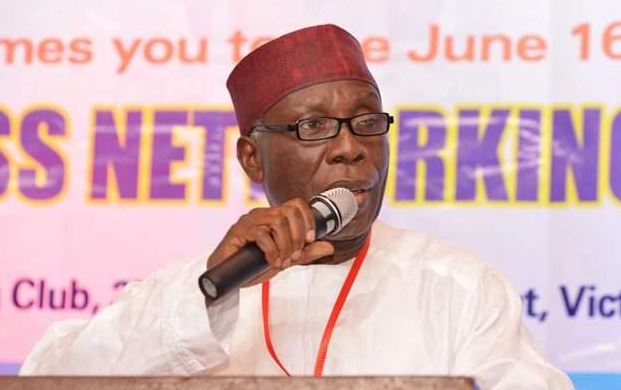 The Federal Government said on Thursday that it has secured 55,000 hectares of land from 11 states for the development of pasture and paddocks grazing reserve in the country.

Chief Audu Ogbeh, the Minister of Agriculture and Rural Development, disclosed this when he briefed newsmen on the Federal Government’s achievements in the sector in commemoration of the 2017 World Food Day in Abuja.

The minister said that the government had also procured exotic grass seedlings to enhance paddock fodder package and increase domestic beef and milk output in a sedentary grazing reserve set up.

He said that the ministry had also trained animal skin collectors, butchers, hides and skin inspectors on standard methods of slaughtering to ensure supply of quality hides and skins and at acceptable standards.

Ogbeh also disclosed that the Federal Government had facilitated the construction and completion of 33 silo complexes with a capacity of 1,360,000 tonnes.

He said the silos and the 48 commodity warehouses also constructed, would aid the storage of agro-inputs and products.

“Let me inform you that our primary focus in the agricultural sector is to ensure a virile foundation and certified seed regeneration system and establish commodity market corporations.

“It is also to reinforce the National Grazing Reserve Programme, fund extension services at all levels, resuscitate existing agricultural development projects and re-position the existing agro-processing facilities in the country,’’ he said.

Ogbeh noted that the government had procured equipment to establish aflatoxin laboratory at the Ahmadu Bello University and the University of Agriculture, Makurdi, to strengthen aflatoxin detection capacity in the country.

“We have developed a soil fertility map and crop-specific fertiliser formulation for the 36 states and FCT to aid crop production.

“We have established a National Aquaculture Certification Centre and embarked on a nationwide standardisation and certification of fish farms, aquaculture production, and processing facilities,’’ the minister said.

Ogbeh said the achievements were to ensure sustainable access, availability, and affordability of quality food for citizens.