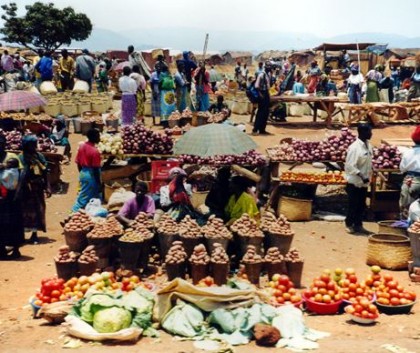 They made the call in separate interviews with the News Agency of Nigeria (NAN) in Bwari, FCT, against the backdrop of the celebration of this year’s World Food Day.

Celebrated globally on Oct. 16, the theme for this year is “Change the Future of Migration; Invest in Food Security and Rural Development.”

It is a day of action dedicated to tackling global hunger, where people from around the world come together to declare their commitment to eradicate it.

He said that although the community was blessed with fertile land government must invest more in rural farming to achieve food security.

According to him, even though Bwari has fertile land, not much has been done to harness its potential to ensure sustainable food production.

Yaro said “Bwari should be the food basket of the FCT; investment in rural farming will encourage more people to grow crops and enhance food production in the community.

“The major occupation of our people is farming, particularly crops and animals which can be produced to provide enough food in the society.

“It is only by such means that there can be production of raw materials for industries to use.”

On her part, Mrs Halima Mohammed, a resident of Bwari and a poultry farmer, identified population increase, poor income and the lack of irrigation facilities as challenges affecting farming in the area.

She said it had, therefore, become imperative for government to invest more in rural farming
to encourage individuals and corporate organisations to practice agriculture and enhance production.

Sge added that “I want to urge government to invest more in rural farming, as well as provide storage facilities and agro-based industries to farmers to ensure proper preservation and processing of farm produce.”

He said although government established agriculture policy geared toward supporting farmers with fertilizers, it should renew the policy to encourage farming and food production.

According to him, farmers often face difficulties in getting good yield because of the nature of soil in some communities, the lack of fertilisers or even the way they apply fertiliser.

“Fertiliser is not frequently supplied to farmers when due and when eventually supplied,
most times it is inadequate.”

He decried the lack of database of genuine rural farmers, saying it was affecting
proper assessment of government investment.

He said “government failed to actually identify the problem associated with rural farming; it only tried to solve the problem of agriculture sector.

“To solve the problem of food production, government needs to take comprehensive data of farmers in rural communities to move forward.

“Government must create central bio-data base to able to account for investment in rural farming, empower farmers and boost food production in the country,” Anthony said.

GFDIN is a Non-Governmental Organisation in Bwari aimed at empowering rural farmers through provision of soft loans and mechanised farm tools to boost livestock and crop production.  (NAN) FEA/HA