Speaking at the 2017 Agra Innovate West Africa Expo and Conference in Lagos, Akande said traded produce in the sub region hardly met world-class standards because the transactions were largely informal. 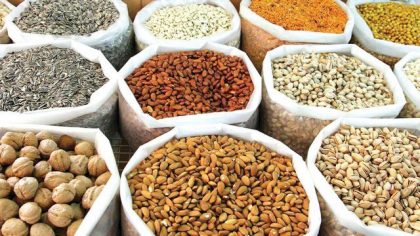 “A bulk of agricultural trade within and across West Africa still remains informal, dealing with primary products.

“Quality control and standards on such commodities are non-existent, which means the products on sale in the sub-region hardly meet world-class standards.

“The conversion of currencies for their transactions is done in black markets and so the government loses the opportunities to capture the data on such transactions.

“Hundreds of tons of such commodities move daily from major markets such as Dawanau in Kano, Maigateri in Jigawa, Illela in Sokoto, Yauri in Kebbi, to neighbouring countries without official data of transactions,’’ she said.

The LCCI president said that West Africa could become an agricultural hub trading with other parts of the world, given its great environmental and climatic endowments and vibrant populace.

“ We must therefore bring efforts to bear on quality, standards and agricultural best practices on the field as well as global best prices post-harvest.’’

She called for a balanced intervention without overt interference in commercial activities either by government or by big businesses.

Akande said the cyclical abundance and scarcity annually occurring after harvest and during no harvest periods had greatly distorted supplies and prices, thus empowering speculators at the expense of primary producers.

According to the LCCI president, research and development must come into the fray to ensure good quality produce.

She said that the outputs of various research institutes would have significant impacts on yield, pest control, climate-smart agriculture, prevention of post-harvest losses as well as finding diversified uses.

Akande called for the provision of good roads by government or private sector for the development of agricultural trade.

“Realisation of the need for good roads to help move commodities from farm to markets on time and at a reduced cost has led to interventions; the Lakaji corridor in Nigeria and Borderless Alliance corridor across West Africa are good examples.

“Although these are not funded by national governments, their benefits have been documented in Nigeria and Burkina Faso, respectively.

“Their interventions enable transportation of agricultural commodities faster and cheaper, reducing the ultimate cost of transportation and impact on product prices.

“With less delay in transit, losses due to transportation, risks are reduced. Food is saved from wastes, prices are less volatile, quality suffers less and export capacity can be improved,’’ she said.

The News Agency of Nigeria (NAN) reports that the 4th annual Agra Innovate West Africa expo and conference ended on Wednesday in Lagos.

The theme for this year’s expo was: “Optimising the Potentials of Agricultural Value Chains and Infrastructure to Strengthen Food Security, Export Capacity and Cross Border Trade in West Africa’’. (NAN)