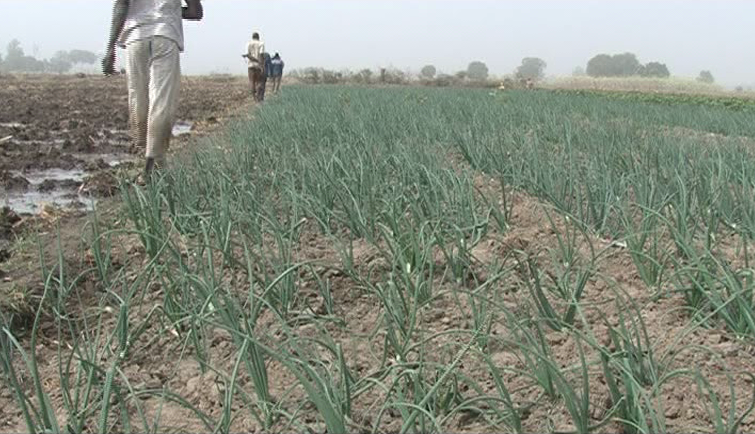 As part of the diversification policy of the Buhari administration, the Federal Government is targeting 500 hectares of land for irrigation across the country by year 2020.

The figure is to go up to about one-point-five million hectares by year 2030.

How feasible are these targets given the fact that less than 200 hectares are currently cultivated under irrigation?

It is dry season in Kano and Shuaibu Dawa Karfi and his colleagues are tilling the land, expecting a bumper harvest at the end of the season.

Farming Under Abuja Bridges: An Escape From Vices

Such is the benefit of irrigation when majority of the farmers in other parts of the country is waiting for another rainy season.

The increasing population and crunch economic situation have however made the rain fed farming inadequate to meet the food requirement of the nation. 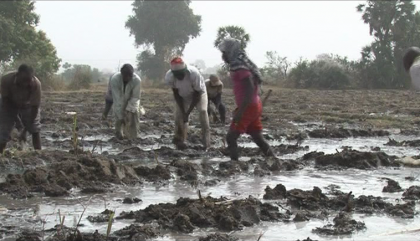 As the federal government diversifies the economy with agriculture being in the driver’s seat, dry season farming has been identified to be key in changing the fortunes of farming in the country.

And this, the federal ministry of water resources has been committed to facilitating by revitalizing the river basin development authorities, RBDAS.

Nigeria has about 3-point-one million hectares of irrigable land, but the irrigated land yet is a far cry.

With the RBDAS being repositioned, intention meets commitment as the world bank through, the transforming irrigation management in Nigeria project, triming is partnering the government to resuscitate irrigation facilities in the country.

Bokolori irrigation scheme in Zamfara state is the first in the line up.

The dam which feeds the irrigation scheme, with its 450 million cubic meters capacity, has been cut off from the irrigation facilities due to siltation.

But while the government and development partners strive to create the enabling environment, the needs to streamline the activities of the farmers and attitudinal change towards public facilities become expedient.

With that and other effort being made, more farmers will join the likes of Shuaibu in the wagon of all year round farmers and enhance Nigeria to attain self sufficiency in food production.