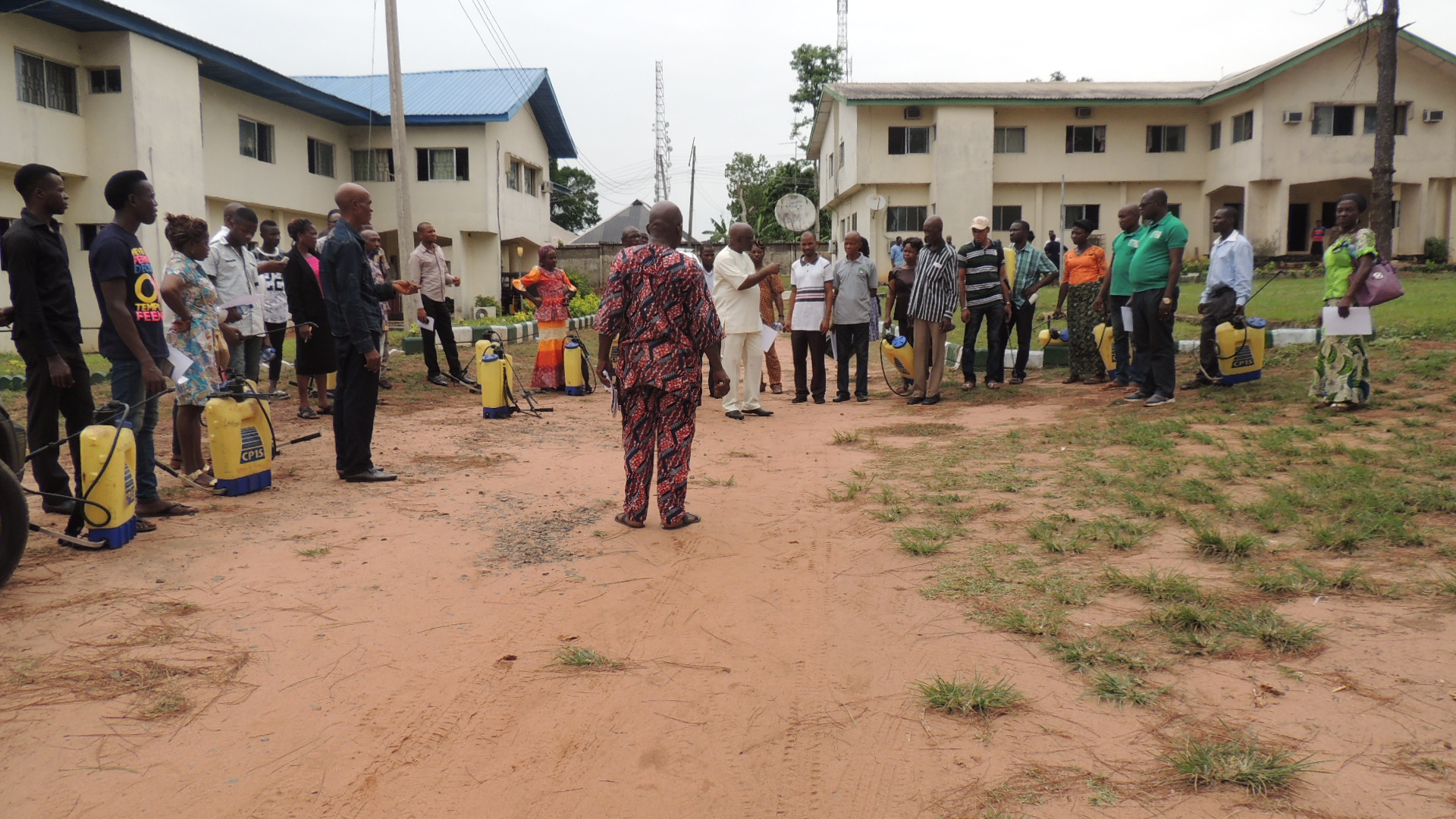 The training, which came at the onset of cassava planting season, was conducted in partnership with the National Root Crops Research Institute, Umudike; National Agency for Food and Drug Administration and Control (NAFDAC); and the Abia State Agricultural Development Program.

The Communication and Knowledge Exchange Expert for the Project, Godwin Atser, made this known in a press release issued on Friday.

The two-day training, which was implemented in two locations—  Umuahia and Isuikwuato LGA — covered areas such as the different types of weed species, herbicides, and tips on application, calibration, and safety. A practical session on calibration was conducted to help participants understand the principles and importance of calibration.

He described improved weed control as a critical component of cassava production, adding that without good weed control farmers won’t be able to make profit from farming.

Mr Nnamdi Udueze, Chairman of Isuikwuato Local Government Area also commended the IITA Cassava Weed Management Project for organising the training, and pledged to work with the team in his domain.

Located in South East Nigeria, Abia state like other states in Nigeria has embarked on economic diversification with more attention to agricultural development.

Prof Friday Ekeleme, Principal Investigator of the IITA Cassava Weed Management Project said on Thursday that the training was aimed at empowering farmers with the skills to control weeds while at the same time protecting themselves and the environment.

Prof Ekeleme noted that Abia farmers would benefit tremendously from agriculture with improved weed management, adding that “the objective of the IITA Cassava Weed Management Project is to address the drudgery caused by the use of short handled hoe.”

In Abia State, like several other states in Nigeria, the use and application of herbicides is growing as human labour for weeding gets scarce in rural communities, no thanks to rural-urban migration.

The IITA Cassava Weed Management Project, which is now in its fourth year, is tackling the weed menace using best-bet agronomic practices, use of simple motorised weeders, and the use of safe and environmentally friendly herbicides.