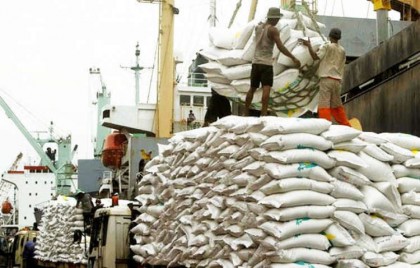 Some farmers in the Federal Capital Territory have appealed to the Federal Government to urgently make fertiliser available at subsidised rate to boost food production.

They told the News Agency of Nigeria (NAN) in Kuje on Tuesday that prompt release of the commodity and other farming inputs would ensure food security in the country.

Mr Samuel Azaki, a groundnut farmer at Gaube village, appealed to the Federal Ministry of Agriculture and Natural Resources to reintroduce the Growth Enhancement Support Scheme (GESS) to give farmers access to fertiliser at subsidised prices.

“Due to the high cost of fertiliser, many farmers have resorted to using animal wastes as manure in their farms.

“We want the ministry of agriculture to bring back the GESS programme to enable us to have access to fertiliser.

“If the government can make fertiliser available, it will boost crop production,’’ Azaki told NAN.

Mr Luka Zaka, a maize farmer at Tukpechi village, thanked God for the adequate rainfall in the area this year.

Zaka said that the rains were sign of bountiful harvest at the end of the season if the crops were properly cultivated and maintained.

He, however, expressed sadness at the damages being done to farmlands by herdsmen.

He described the damages as worrisome and called on relevant authorities to address the issue to prevent the frequent clashes between the farmers and herdsmen.

“With the way the rain is falling this year, I think we will have a bountiful harvest if the crops are maintained.

“We also want the government to find a lasting solution to cattle grazing to prevent frequent clash between farmers and herdsmen in the area,’’ Zaka said.

Similarly, Mr Joseph Gaji, a cassava farmer at Kiyi village, appealed to the government to provide farmers with adequate pesticides at a subsidised rate to control the pest.

Gaji recalled that there was an outbreak of crop disease recently in the area.

He said that there was the need for immediate attention of relevant government agencies to prevent further spread in order to prevent drought. (NAN)