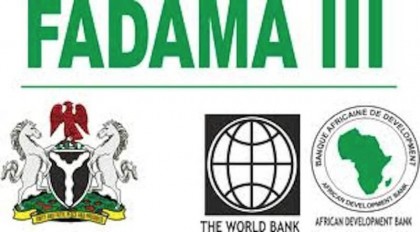 Yobe Government in collaboration with the World Bank and humanitarian agencies had supported returnee displaced persons and those still in camp with farm inputs to enable them to engage in agricultural activities toward economic recovery.

He said the UNDP in collaboration with Japanese Government, the Food and Agricultural Organisation (FAO) and the Victims Support Fund (VSF) had also supported the IDPs with cash, improved seeds, fertilisers and livestock.

“Those in irrigation farming were provided with water pump machines, sprayers, fertilisers and herbicides, we also supported poultry farmers with birds and feeds.

“The livestock beneficiaries were supported with a set of three She-goats and one He-goat or, three sheep and two rams per household.

“It is very encouraging that the poultry farmers have started selling eggs to improve their economy, while the goats have started multiplying,” he said.

The project coordinator said foodstuff such as rice, beans, maize and vegetable oil were also provided to the benefitting households to protect the water pumps, birds and the livestock from being sold off.

Malam Wakil Kaigama, a farmer in Bumsa village, said, “I have expanded my rice farm and established a banana plantation with support from Fadama lll AF ll.

“Each of the 20 Fadama lll beneficiaries in this village received a water pump machine, seeds, sprayers, herbicides and pesticides,’’ Kaigama said.

Abdu Liman, a poultry farmer in Buni-Gari, said he was supported with 40 hybrid poultry layers.
“My family members now eat eggs daily, and we also sell a cartoon of eggs every day,” Liman said.(NAN)