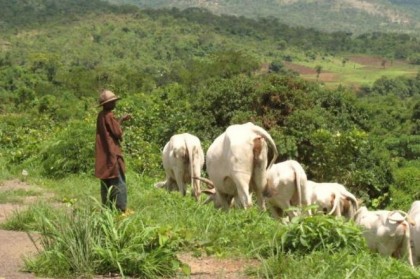 The Yobe Ministry of Agriculture has commenced spraying of farmlands against invasion by army pests in seven out of the 17 local government areas.

Alhaji Mustapha Gajirima, state commissioner for agriculture, confirmed this on Saturday in an interview with News Agency of Nigeria (NAN) in Damaturu.

“The ministry of agriculture has sprayed chemicals in all the reported areas to arrest the menace of the pests.

“We have also enlightened farmers in the rural communities to report any outbreak so that we can tackle the problem in good time without damage to the crops.

“The state government has procured adequate chemicals to take care of any eventuality; we use mechanical and hand pumps in spraying the farms.

“We also support individual farmers with chemicals to spray on their farms,” Gajirima said.

According to the commissioner, the ministry has placed its officials and communities on alert to monitor possible invasion by Quela birds in the riverine areas.

“Similarly, we have in stock enough chemicals for use against possible outbreak of locusts in the state,” he said.

Meanwhile, farmers in the affected communities have expressed satisfaction with the prompt action of the ministry in spraying the farms and handling the pests.

Aliyu Usman, a farmer in Kalalawa village told NAN that the spray by the ministry of agriculture had saved the farmlands.

“The pests came but they were adequately contained through the spray by the authorities,” he said.(NAN)