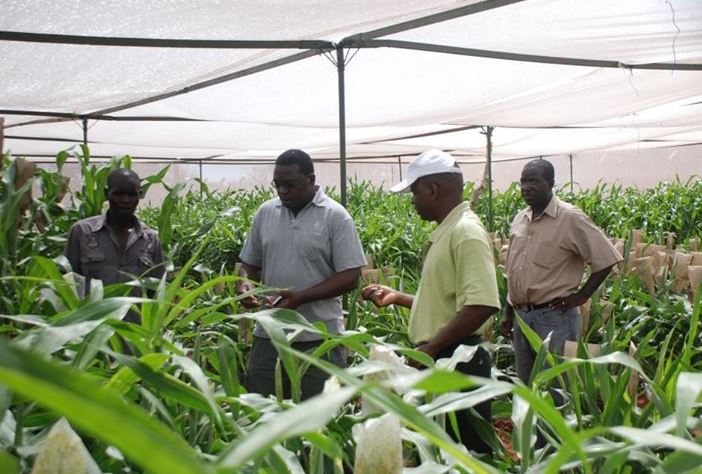 Egbegba made this known in an interview with the News Agency of Nigeria (NAN) in Abuja.

According to him, the Federal Government has adopted the use of biotechnology to drive the agricultural sector which is the actual mainstay of economic growth and prosperity.

He said that the essence of the technology was to ensure sustainability of the economy and to ensure the environment was well managed for the production of raw materials for industrial purposes.

He said that Genetically Modified Organisms (GMO), a bi-product of modern biotechnology, “is safe for people to consume’’.

“On the fear about genetically modified products, there is no new technology that does not come with its own fear.

“The fear actually expressed by Nigerians; let’s say it is genuine, only that sometimes it is hyperbolical and we should understand that we have scientists, people who are trained to ensure safety.

“The Federal Government’s establishment of the National Bio-safety Management Agency is to ensure that the technology is holistically regulated.

“Even the agric policy also recommends the use of biotechnology to drive the agricultural sector.

“This testifies to the fact that the Federal Government has adopted the technology to enhance the economic growth,’’ he said.

Ebegba stressed that the NBMA was established to ensure that all research products were safe for all, and urged Nigerians to trust government and its agencies to protect them.

The director-general said that the only GMO product that had been commercialised in the country was cotton and even that had not been introduced into the market as it was still undergoing trials.

He said that the agency was deliberately established by government to ensure that the practice of the technology and its products were adequately regulated for the safety of the  people and the environment.

Egbegba said that Nigeria as part of the international community was not living in isolation, adding that the World Health Organisation and the Food and Agriculture Organisation had also testified to the safety of GMO products.

“So, we must know that the world is not relenting on issues that affect human health and a united front had been structured to protect the world and humans from adverse impact, if there are any.

“There are a lot of fears being created in the minds of people deliberately.

“You know with this technology, the products that are insect resistant and disease resistant, they don’t necessarily need chemicals, so it’s just a trade war ongoing.

“Nigerians should not be misled to be involved in such war; they should trust the regulatory agencies to regulate the sector and allow the products to be safely used to drive the Nigerian economy.’’

He said that science and technology were drivers of change in the country, adding that all that needed to be done was to ensure the safety of the products.

The agency was established by the National Bio-safety Management Agency of Act 2015 to provide regulatory framework to adequately safeguard human health and the environment from potential adverse effects of modern biotechnology.