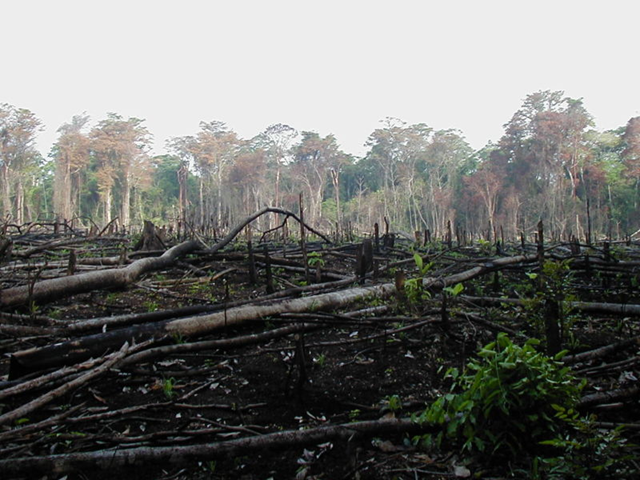 Yobe Government on Wednesday constituted a 13-member committee to check activities that cause deforestation, desertification and environmental degradation.

The state Governor, Alhaji Ibrahim Gaidam, while inaugurating the committee in Damaturu, warned that government would combat activities that create environmental hazards to the state.

He said “the need for the constitution of the committee became necessary because of the environmental hazards posed by human activities such as illegal felling of trees, bush burning and over grazing, among others.”

He assured that his administration would partner Non-Governmental Organisations to fight deforestation and desertification.

The governor said government planned to plant 40-km tree plantation along the newly constructed Trans Sahara road in the state.

He added that “Yobe has a harsh arid climate exacerbated by drought conditions which exerts serious stress on the scanty and delicate vegetation cover, as a result, agriculture, which accounts for over 50 per cent of our GDP is continually on the decline.

“The effect of this climate variability result in large-scale loss of vegetation cover, loss of soil fertility and topsoil to wind and water erosion thus, creating a desert like condition.

“The ugly phenomenon is further compounded by negative human activities in the form of quest for settlement, farmlands and fuel wood collection.”

The committee was mandated to promote tree planting and nurturing, advocacy on sustainable environmental cleanliness and campaign against dumping of refuse in water ways.

The committee has the deputy governor as chairman, with the emir of Fika, commissioner of police, commissioners for Environment and, Local Government affairs, General Manager State Environmental Protection Agency and seven others as members.  (NAN)