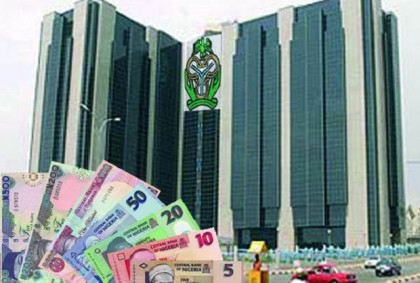 The Central Bank of Nigeria (CBN) and the Bank of Agriculture (BOA) are  collaborating the Kebbi State Government to chart the best implementation course for the New Accelerated Agricultural Development Scheme (NAADS).

Malam Mua’azu Dakingeri, the Chief Press Secretary to Gov. Abubakar Bagudu of Kebbi, made this known via a statement in Birnin Kebbi on Wednesday.

The statement said that the Special Assistant to the CBN Governor, Mr. Olatunde Akande, led a team of officials of the banks on a visit to the Government House to discuss issues relating to the programme.

It said that Akande informed the governor that plans were underway to officially launch the programme in the state after launching it at the national level in Abuja to bring stakeholders together to discuss its objectives.

It said that the CBN official solicited the support and cooperation of the state government to pioneer the scheme, just as it did with the Anchor Borrowers Programme (ABP) which, he added, recorded a huge success in the state.

The statement quoted the Managing Director of BOA, Alhaji Kabir Muhammad, as saying that the aim of the programme was to protect and support small-scale farmers in order to boost job creation and the country’s development.

It said that Muhammad said that the BOA and the CBN had initiated strategies on how to tackle the potential challenges of the scheme so as to ensure its success.

The statement said that Bagudu, in his remarks, commended President Muhammad Buhari for his support to the CBN and his commitment to getting the country out of economic recession.

It said that the governor also commended the Federal Government and all stakeholders for the success of the ABP.

It said that the governor said that the technical committee would look into how to mobilise stakeholders and assess the funding requirements. (NAN)