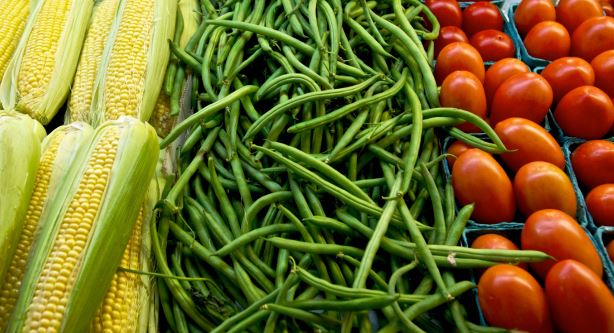 The National Biosafety Management Agency (NBMA) says it is committed to ensuring the safe use of Genetically Modified Organisms (GMOs) in Nigeria.

The Director-General of NBMA, Dr Rufus Ebegba, gave the assurance on Wednesday in a statement signed by Mrs Gloria Ogbaki, the agency’s Head of Press in Abuja.

He said that the attention of the agency had been drawn to a series of incisive and unpatriotic statements made by the Health for Mother Earth Foundation (HOMEF), a non-governmental organisation, about the agency and its activities.

“While the agency does not want to banter with HOME, it is important to state here that NBMA is a government agency, established by law as a regulatory agency to ensure the safe handling and use of modern biotechnology and its products, which include GMOs.

“So, the establishment of the agency is not to stop the use of GMOs but to ensure their safety and that they have no adverse effect on human health, plants, animals and the environment,’’ he said.
The director-general said that the agency drew its mandate from the NBMA Act 2015.

The Act states that “the Agency is charged with the responsibility for providing regulatory framework, institutional and administrative mechanism for the safety measures in the application of modern biotechnology in Nigeria, with the view to preventing any adverse effect on human health, animals, plants and environment.’’

Ebegba said: “The agency does not go outside the law in the course of the discharge of its duty and we ensure that the public is carried along in all the agency’s activities through effective public participation, public awareness and access to information in the use and application of modern biotechnology and GMOs.’’
He said that the agency issued some permits and followed the due process in the course of reviewing the applications and ensuring that all the necessary requirements were met before the permits were granted.

“The agency has no intention and will never verbally engage HOMEF but these statements made against the agency are not only incisive but they negate the efforts of the Federal Government to ensure safety in the application of technologies that can assure Nigerians of food security and food safety.
“It will be wrong and indeed out of place to accuse the NBMA of complicity, as the agency is an unbiased umpire and has the interest of Nigerians at heart in the process of regulation.
“And as such, the agency cannot be involved in anything that will cause harm to the people and the environment,’’ he said.

Ebegba reassured the citizens that the NBMA would always ensure that any genetically modified (GM) foods or crops, which it certified, were, indeed, safe for human consumption and the environment.
“We will continue to voraciously carry out our vision, which states that the agency is to ensure that the practice, processes and procedures of modern biotechnology are undertaken within the limits of regulatory systems.

“The regulatory systems are aimed at guaranteeing the safe use of biotechnology to protect Nigeria’s biodiversity and provide minimum risk to human health, animals, plants and the environment for the good of all Nigerians,” he said.