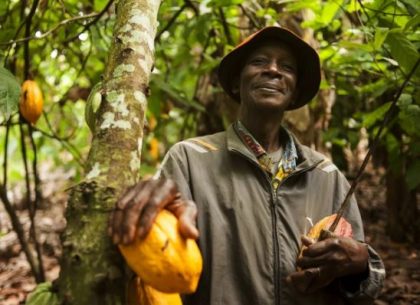 In a statement in Abuja on Wednesday, Mr Tayo Omidiji, Head, Strategy and Communication of NEXIM, said Okotete spoke when the bank’s management team visited business operators and major projects in Ondo State.

She said the visit was aimed at ensuring partnership that would drive export in the state.

Okotete noted that cocoa was a leading non-oil export commodity from Nigeria and that Ondo State being a major cocoa producing area, it was imperative for the bank to seek its partnership.

She noted that currently the country exported mainly raw cocoa beans but spent much more than its revenue to import chocolates and other finished cocoa products.

Okotete said NEXIM bank was eager to reverse the trend and in the process enhance jobs and increase export revenues.

She said the bank had started receiving applications under the N500 billion Export Stimulation Facility, which it implemented with the Central Bank of Nigeria.

According to her, the fund has been created to provide long term facilities to exporters at single digit interest rate.

She said that one billion naira of the N50 billion Export Development Fund had been designated to states for the purpose of supporting Small and Medium Enterprises, operating along the export value chain,

Okotete said that about three billion naira had also been set aside under a special scheme designed for women and youth.

The director called on exporters in Ondo State to take advantage of this fund being the only Niger-Delta State in the Southwest region.

She further noted that the team while on courtesy visit on the state Gov. Rotimi Akeredolu expressed the desire to support the revitalisation of ailing projects with strong market potential.

“ The visiting team also advised the state government to adopt the Public Private Partnership (PPP) model as a veritable strategy to enhance project viability and attract funding,’’ she said (NAN)