FG to Commence AI of Cows to Boost Milk Production 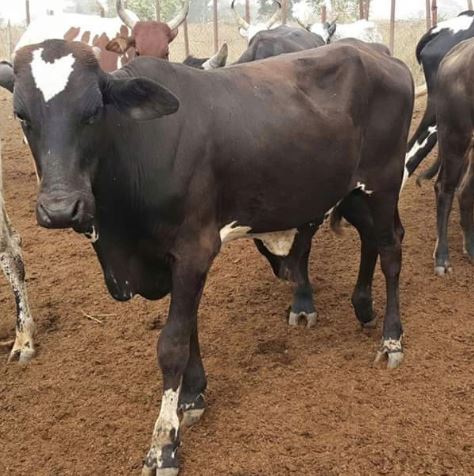 The Federal Government says it will commence artificial insemination of cattle at its different research institutes and centres to aid multiplication of cows and increase milk production in the country.

Chief Audu Ogbeh, the Minister of Agriculture and Rural Development, said this while speaking with youths at a `Leadership Clinic’ organised by the Guardians of the Nation International (GOTNI) in Abuja.

Ogbeh said the move will kick-start a programme known as `Milk River Project’ which the government was planning to launch soon.

He said the insemination would require the importation of semen from countries like Europe and Brazil to inject into local cows to be able to produce many calves.

“ There is a new project that is coming. It is known as the Milk River Project.

“We are going to start doing multiplications of cows now at different centres.

“ We bring the semen from Europe, Brazil, sort them out, the female and the male, inseminate the local cows, it produces calves and at 6 months, we wean them, sell them at a cheaper rate to youths.

“They put them at the back of their houses, just ten of them and you don’t need a job for your life.

“You keep the cows, collect about 25 litres of milk every morning, sell it to a mini processor nearby and earn a lot of money daily,’’ he said.

According to him, we buy low quality powdered milk for about 1.2 billion dollars a year because our cows are so badly nourished and they do only one bottle of milk per day but cows in Israel and Europe do about 50 litres a day.

The minister, who quoted some research as saying that about 37 percent of children in the country were malnourished, noted that increased milk production would reverse the trend.

Ogbeh, who advised the youths to get involved in agriculture, said the country had received a request from Malaysia to supply about two million tonnes of soybeans.

He lamented the high-interest rates in the country, adding that the Federal Government was working to restructure the Bank of Agriculture (BoA) to reduce the interest rates to a single digit.

“The youths are in the majority in this country, the old ones will go and you will replace them but it will be very dangerous to replace them without knowing why the failures of the past have been happening.

“High-interest rates have been the tragedy of Nigeria for the last 35 years.

“Bear this mind you young and upcoming leaders of this country, be very careful about economic advise, ask more questions before you accept what they tell you because they put us in a corner.

“The world is permanently at war, economic war is the most dangerous war a country can experience.

“ To free ourselves, we have to do what India and China have done, intensify local production, create wealth for young people,’’ he said.

Ogbeh said the government was currently designing new stainless steel machines for palm oil processing which would be sold to youths at a cheap rate to enable them to meet international standards for palm oil production.

The GOTNI Guardians is a non-profit youth leadership capital development organization with a passion to nurture various categories of young people less than forty years of age, into transformational leaders who will make a difference in any sector where they find themselves.