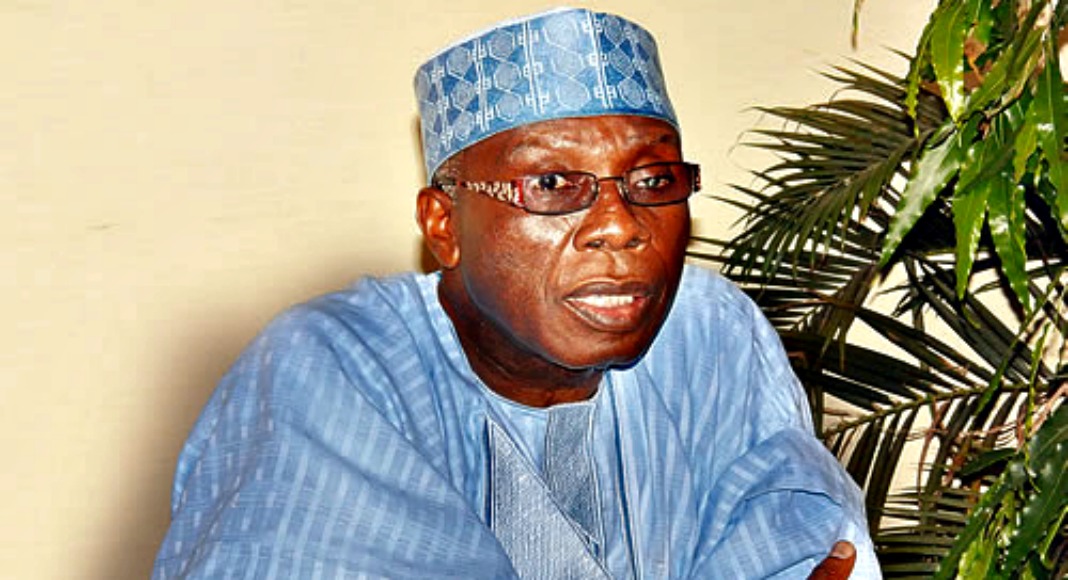 The Minister of Agriculture and Rural Development, Chief Audu Ogbeh, says the Federal Government has been supporting rice farmers with machines at subsidised prices and capacity building in good agronomic practices.

The minister, who was represented by Dr. Fahma Aliyu, the Desk Officer of Rice Value Chain in the ministry, said this on Tuesday said at the Rice-Africa’s 6th International Conference on Rice Market and Development in Abuja.

He said that rice was a staple food for over 50 percent of the world’s population and the most rapidly growing source of food in Africa, adding that its importance to food and nutrition security on the continent could, therefore, not be over-emphasised.

He said that the policies of President Muhammadu Buhari’s administration had provided the enabling environment for sustainable rice production, while creating synergy among stakeholders, particularly the private sector, to engender rice revolution in the country.

“The feat was achieved by expanding the areas under rice production, encouraging dry-season rice farming and increasing the average yield per hectare.

Ogbeh said that the government also recognised the need to improve the quality of domestic and homegrown milled rice; hence the sale of over 300 rice mills and de-stoners to small and medium rice processors across the country.

“Other support given to rice farmers includes the provision of agro-chemicals and machines at subsidised rates as well as capacity building in good agronomic practices and post-harvest handling nationwide.

“Our belief is that Nigeria will not only be self-sufficient in rice production but will also join the rice export market by the turn of 2020,’’ he said.

The minister said that the government was committed and ready to support programmes which were geared toward providing the needed platform for the exchange of existing research information on rice production and linking research with the policy process.

“This is done to strengthen the rice sector and foster equitable integration of small-scale rice enterprises into market-oriented systems,’’ he said.

In his speech, Mr. Tayo Adewumi, National Programme Coordinator, FADAMA III Additional Financing (AFII) Programme, said that the programme had cultivated over 124,000 hectares of rice farms while producing more than one million tonnes of rice.

Adewumi, who was represented by Mr. Abdullahi Salisu, FCT Project Coordinator of FADAMA, said that the rice production, which represented 29 percent of the total rice production of Nigeria in the 2017/2018 cropping season, was achieved with the resources made available under the FADAMA project.

“The funds for FADAMA III (AFII) programme, which total 200 million U.S. dollars, were given by the World Bank to support the production of four staple crops — rice, cassava, tomato and sorghum.

“Nigeria spent over N1 billion daily importing rice before 2015; if those statistics stand, you can imagine what we were able to save from rice imports in just a month.

“If you put this amount into the system which the FADAMA programme has established, you can imagine the kind of production we will be able to achieve for these crops,’’ he said.

“We need to encourage our local farmers to produce rice with good quality in enough quantities while developing the rice value chain to make the rice acceptable to consumers and for export,’’ he added. (NAN)