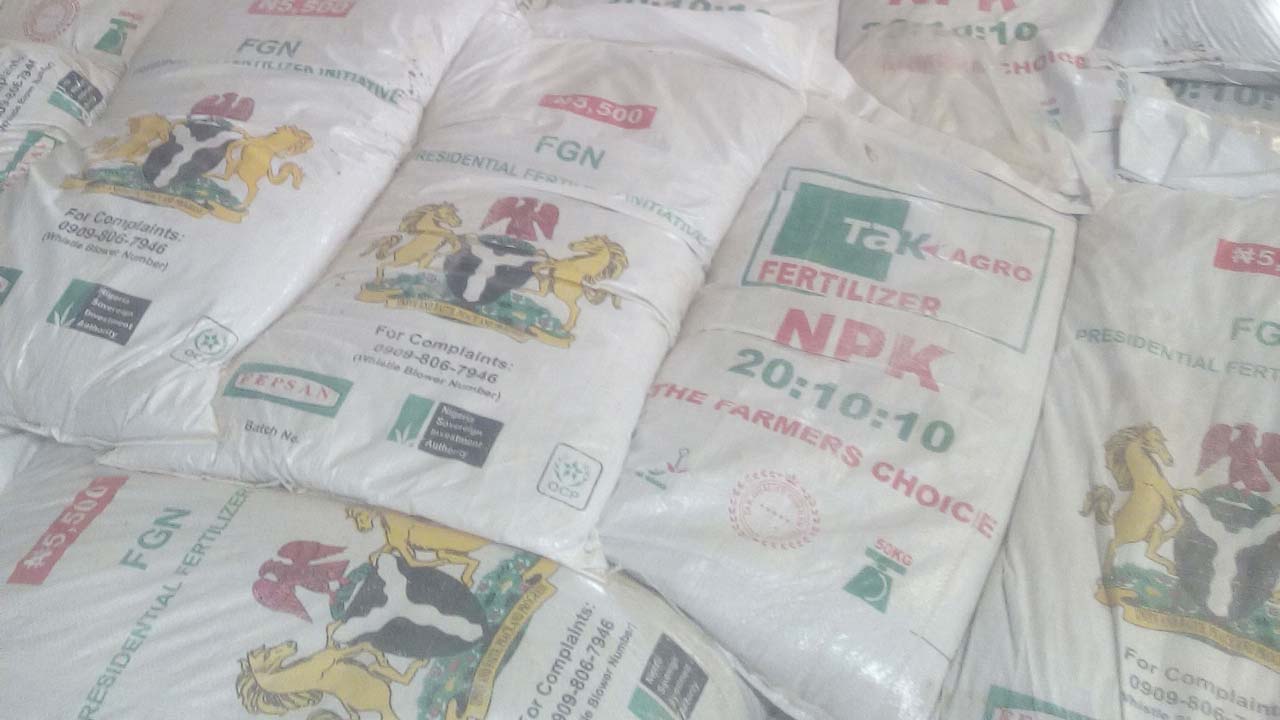 The council boss warned farmers against re-sale of the commodity, saying “such an act will not be tolerated but meet with the wrath of the law.’’

Golmwen disclosed that 10 out of the 16 trucks of the fertilizer ordered by the council had already arrived for distribution to farmers for the wet season farming.

“It’s my singular honor to commence the sale of the fertilizer for bumper harvest for people of Pankshin, particularly farmers, at reduced prices of N5,000 per bag as against N5, 500, while the liquid sachet goes for N2, 500.

“I hereby warn that the council will not take it lightly with any beneficiary who will buy and re-sell to dealers in the open market,’’ she said.

The LG boss charged the 9-Member Distribution Committee, headed by Mr. Zakka Obadiah, to immediately commence the sale of the commodity.

She noted that it would be meaningless if the fertilizer was not distributed to the farmers at the appropriate time, to allow them to make proper use of it for the desired bumper harvest.

The chairman said that the present government in its drive to diversify the economy gave priority to agriculture and restoring its lost glory as the mainstay of the Nigerian economy.

According to her, the season looks promising in view of the nature of the rainfall we are experiencing.

She described the sale as another great achievement of Gov. Simon Lalong’s administration.

Responding, Obadiah, Distribution Committee Chairman, pledged to be equitable in the sale of the fertilizer and ensure that everyone gets the commodity as expected while appealing for cooperation from the farmers.