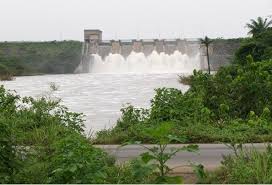 Engr Bassey Nkposong, Managing Director, CRBDA, told the News Agency of Nigeria (NAN) in Calabar on Sunday that the survey plan and technical details for the project had already been completed.

Nkposong said that the initial steps would form the basis for the take-off of the farm project which in the long run, would incorporate solar energy generation.

He said that stakeholders in Akim Akim community, including the clan head, youths, women and other opinion leaders had been informed about the project and sensitised on the need for their support.

“We have held meetings with the clan head, chiefs, youths and women leaders of the community and we appreciate their support for the project,” he said.

The managing director said that the project would provide job opportunities for youths of the area.

“Apart from that, the project will also serve as a reference point for large scale farmers and entrepreneurs wishing to do business in the community.

“With the proposed establishment of a rice mill for the project, the settlement will become a hob of activities for rice farmers in the locality,” he added.

Nkposong commended the community for not placing too much emphasis on payment of compensation for the use of their lad for the project.

He assured the people that the authority would collaborate with them with a view to assisting them were necessary. (NAN)