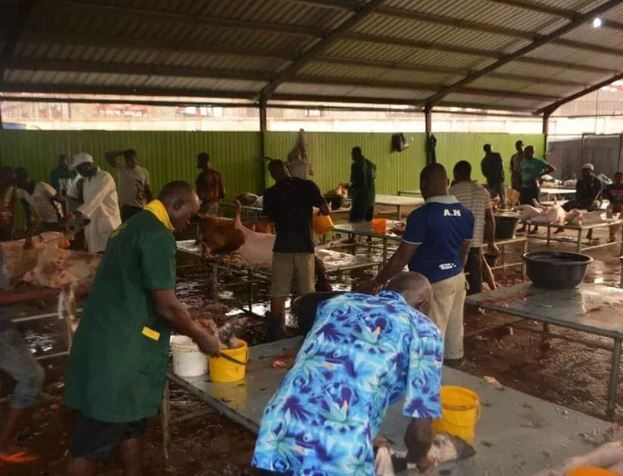 National Butchers’ Union of Nigeria (NBUN) has said that no fewer than five million jobs could be created by the union, with support from all levels of government.
The union’s National President, Chief Osamede Adun, stated this when briefing newsmen on the activities of NBUN on Tuesday in Benin.
Adun described the union as a disciplined body, which has its membership spread across the 36 states and 774 local government areas of the federation, with a total strength of no fewer than two million.
He said the support needed from the government is in the area of provision of the necessary infrastructure as well as loans.
He explained that the loan is needed to enable its members to buy cows directly from the dealers, to cut cost and also increase profit margin.
According to him, if we get the desired support from the government as enumerated above, we will assist the government fight crime by gainfully engaging the unemployed through thousands of job opportunities that will be created.
“You may not agree with me on the possibility of realising this but across the country, on a daily basis, our members slaughter no fewer than 25, 357 cows and 48,337 goats and rams.
“What we are saying is that we need the three tiers of government, especially the Federal Government, to assist us with a loan on a single digit interest rate.
“This will enable our members to buy cows directly from the dealers without having to go through middlemen.
“We also need the government to assist the union in the provision of mini trucks or vehicles that can be used to transport our meat from the abattoirs to the markets.
“Similarly, our abattoirs are in a terrible state without the necessary facilities, we can also partner with the government to provide modern ones fitted with facilities such as refrigerator among others.’’
Adun admonished the members who are aggrieved with the actions or inactions of others to always channel their grievances through the appropriate quarters.
The national president, however, revealed that the issue of Rivers State chapter of NBUN, which led to the crisis that lasted for over one year, had been resolved.
“In conjunction with members of the executive, along with some notable traditional rulers in River State, we were able to resolve the crisis last weekend.
“The national executive also confirmed that the tenure of office of the Rivers State executive led by Alhaji Musa Baba Ahmed will expire on June 3, 2021.
“We also reconstituted the elders’ committee in the state under the Chairmanship of Alhaji Masud Agoro, with Alhaji Salisu Umar Ningi as Vice.
“I told NBUN members in Rivers that I do not subscribe to members running to police or court to settle disputes without first exhausting the internal mechanism we have in settling disputes.
“We must not also be seen fighting with knives and cutlasses; these instruments are meant for cutting meat and not to be used on human beings,’’ he stated.