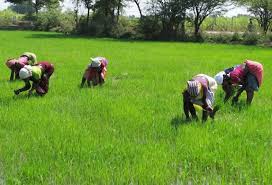 Alhaji Faruk Rabi’u, the Chairman, All Farmers Association of Nigeria (AFAN) in Kano state, has expressed optimism that the state would witness a bumper harvest this year.

He told the News Agency of Nigeria (NAN) in Kano on Monday that farmers in the state would record bumper harvest, especially in rice, sorghum and maize as well as in other cash crops.

He noted that the steady rainfall experienced in most parts of the state since the commencement of the 2018 farming activities had contributed to rapid growth of the crops.

“At the beginning of the rainy season many farmers expressed fears over the late arrival of rain but when it stabilised, farmers began to express happiness.

“So I can say that we have not experienced drought spell in any part of the state this year, so we are expecting bumper harvest in all the crops across the state,” he said.

He also attributed the expected bumper harvest to the availability of fertiliser, which was sold to farmers at the subsidised rate of N5, 500 per bag.

“Kano state government has directed the state Agricultural Supply Company (KASCO) to produce and sell the commodity to farmers at N5, 500 per bag.

“This made it possible for local farmers to access the commodity, which used to be sold at N12,000 or even more in the open market,” Rabi’u said.

According to him, the Federal Government intervention in the sector, especially the agricultural loans under the Central Bank of Nigeria (CBN) Anchor Borrower programme (ABP) was timely considering the economic situation in the country.

He said the Anchor Borrower programme had encouraged many people to go into farming business.

NAN reports that prices of food items such maize, millet, beans as well as some cash crops among others, had dropped by about 20 per cent following the arrival of the new commodities in the market. (NAN)