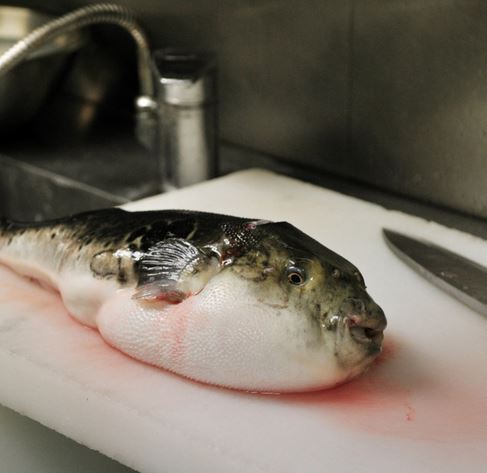 The National Agency for Food and Drug Administration and Control (NAFDAC) on Thursday cautioned the general public against consumption of Puffer Fish.

The Director-General of NAFDAC, Prof. Moji Adeyeye, gave the warning in a statement in Abuja.

Adeyeye explained that the fish might contain the potent and deadly toxins tetrodotoxin and saxitoxin, which could cause severe illness and death.

She said that some organs of the fish, such as liver and gonads (ovaries and testes), the skin and intestines typically contained the toxin.

According to her, cooking or freezing cannot destroy the toxin.

She added that freezing and thawing of the product prior to removal of the toxic organs might result in the migration of toxin into the flesh of the fish.

“Restaurants and fish sellers are warned not to serve or sell this fish also known as puffer, swellfish, fugu, globefish or sea squad among other names, as this will severely endanger public health.

“Due to the potential health hazard associated with the fish, NAFDAC does not allow importation or sale of puffer fish.

“And we hereby alert the general public on dangers of consuming PUFFER FISH,” she stated.

The NAFDAC boss said that the agency was committed and determined to safeguarding the health of the nation.