The Kalgo Local Government Council, in Kebbi on Saturday distributed fertiliser and millet seeds to farmers as part of the council’s agricultural programme to enhance rainy season farming.

Alhaji Shamsu Faruk-Kalgo, the Chairman of the council,who distributed the items to the farmers in Kalgo, said that the aim of the programme was to help peasant farmers to boost agricultural production in the area.

“This is a flag-off of the distribution of the 600 bags of fertiliser and 85 bags of millet seeds to our farmers in the council, especially the youth.

“The distribution is part of our agricultural programme aimed to assisting peasant farmers to boost agricultural production and actualise bumper harvest, especially during this coronavirus pandemic and insecurity in some parts of the country.

“Even though, the rainy season has started already but the variety of the fertiliser and seeds are such that can make lands fertile and germinate within the shortest period of time, and they are meant for short-term period farming,” he said. 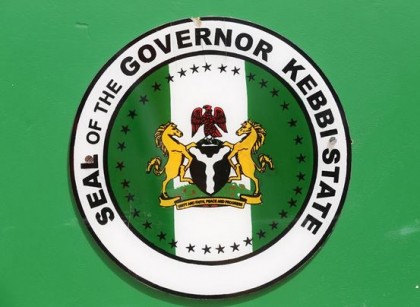 Faruk-Kalgo urged the beneficiaries to utilise the item for the purpose it was meant for in order to complement the Federal and State Governments’ agricultural drive.

He noted that the beneficiaries cut across different segment of the people of the council, irrespective of party affiliation.

The chairman commended Gov. Atiku Bagudu for encouraging the farmers and providing the conducive environment to all categories of farmers to thrive in the state.

Hajiya Zara’u Wali, the Special Adviser to Gov. Bagudu on Women Development, explained that the benevolence of the governor was not only for Kalgo Local Government Area (LGA) but extended to all other 21 LGAs in the state.

She said that the assistance would in no small measure, support farmers to boost agricultural production, especially rice and millet production.

She urged women to avail themselves with the opportunity of the programme to enlist themselves to join group of farmers in the state.

“We are ever ready to support women farmers, and we all know that the governor is gender sensitive and we have women farmers in the state, the only challenge we have with them is that they don’t want to come up and avail themselves with the opportunities the government has provided,” she said.

Wali urged other council chairmen to emulate the gesture by complementing the efforts of the state government in that direction.

One of the beneficiaries, Malam Nura Atiku, commended the council chairman for the gesture, and assured that they would judiciously utilise the items for the purpose intended. (NAN)