Some egg dealers in Gombe State have advised farmers to invest more in poultry farming to boost egg production to meet local demand in the state.

They spoke with the News Agency of Nigeria (NAN) in Gombe on Thursday. 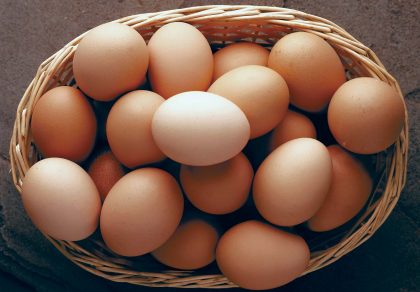 A dealer from Nasarawo community in Akko Local Local Government Area of the state, Mrs Florence John, said the demand for egg in the state was high.

According to John, the eggs that poultry farmers produce are not enough to meet local demand.

She said there was, as a result of this, a huge market for egg in Gombe.

“This is one aspect that farmers can invest and get their money back. Though it takes more time and care to rear layers, after about five months your layers can start producing eggs.

“We get most of our eggs from Jos and even from Abuja. This is not good enough; we have the capacity to produce eggs and meet the demand of the state and beyond,’’ she said.

John said that with such investment, jobs would be created through poultry farming and that would ensure that egg dealers were assured of regular supply, instead of waiting for days to receive supplies from Jos.

She appealed to the state government to make the environment conducive for investment in that regard.

“The government can give special interest-free loans to poultry farmers to boost egg production in the state,’’ John said.

Another dealer from Gombe Main market, Malam Usman Baba, said they found it difficult to get supplies especially in festive seasons as a result of the high demand for chicken meat.

“During festive seasons, getting egg is difficult because poultry farmers sell their old layers and also the demand for egg will be high, so, if Jos residents have not got enough, how will they supply Gombe?

“We must invest in poultry farming, this is the way to go because egg is even good to boost immune system and that’s why the demand has increased tremendously,’’ he said.

Baba said that conscious effort must be made to ensure that egg production in Gombe state was given the needed attention.

He said there was no guarantee that there would be continual supplies from outside in the future.

Mohammed Makama, another dealer from Gombe Main market, said there was a need for quick intervention to boost egg production.

“We do not produce even 20 per cent of eggs consumed in Gombe State.

“Over 80 per cent of eggs consumed in Gombe State comes from Plateau State; this is not too good. Farmers should take advantage of this and invest more in poultry farming,” he said.

It her egg dealers who spoke to NAN expressed similar concerns while calling for government’s intervention to boost egg production in the state. (NAN)