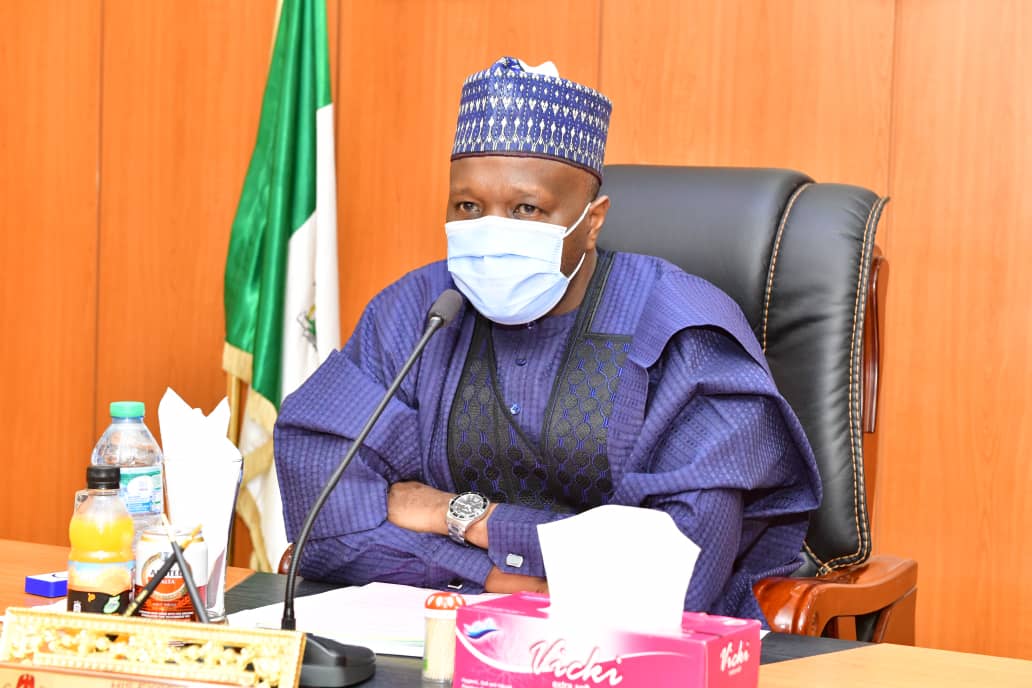 This is a result of partnership between Gombe State Government and the Inclusive Basic Service Delivery and Livelihood Empowerment Integrated Programme (IBSDLEIP), which is a project under the African Development Bank, targeting women, youths and other vulnerable groups.
Performing the unveiling ceremony at the government house, Governor Muhammadu Inuwa Yahaya said the gesture is part of government’s effort to boost food sufficiency in the sate as well as re-integrate farmers into the system having been neglected since the state signed the IBSDLEIP in 2016.
He expressed delight with the turn out of events, saying the development is a result of purpose driven leadership that will have a positive impact on the lives and means of livelihood of the people, especially rural farmers.
“The ordinary farmers who are engaged in Agriculture for their livelihood constitute over 75 percent of our population and therefore whatever that is done to improve the sector will have a multiplier effect.
“This is why our administration had to vigorously pursue the implementation of the Inclusive Basic Service Delivery and Livelihood Empowerment Programme (IBSDLEIP) by paying the state counterpart fund in view of the impact of the project on youths, women and the vulnerable groups.
He said the fact that youths and women are fully involved in the programme, presupposes that the youths will be engaged to divert their attention from indulging in social vices and other criminal acts capable of dragging the society backwards.
“So I will like to advise those that are going to utilize these vehicles and the motorcycles and those that are going to benefit from the water pumps and other inputs that will be given out to them to make sure that they utilize them properly, especially the vehicles which are primary targets of crooks”.
The Governor added that beneficiaries of the facilities must be proactive so that the people of the State can reap the benefits of the project and the machines so provided.
Governor Inuwa assured that his administration will continue to display courage in executing projects that are of great importance and benefit to the people of the State.
The Commissioner of Water Resources Yahaya Mijinyawa said the vehicles and motorcycles unveiled by Governor Muhammadu Inuwa Yahaya will be used for effective supervision of the implementation of the IBSDLEIP programme in Gombe State which was signed since 2016 but jettisoned due to poor implementation.
He said the reactivation of the programme was as a result of Governor Inuwa Yahaya’s exemplary leadership, guidance and direction in running the affairs of the State in the most effective and efficient manner.
The General Manager Rural Water Supply and Sanitation Agency, RUWASSA, Engr. Abdulraqib Sa’id said the Inclusive Basic Service Delivery and Livelihood Empowerment Programme is a project aimed at addressing gaps in basic social services such as water, sanitation, health education and livelihood.
He described the unveiling ceremony as a demonstration of Governor Inuwa Yahaya’s commitment to addressing the numerous challenges affecting the State and its people.
Ismaila Uba Misilli