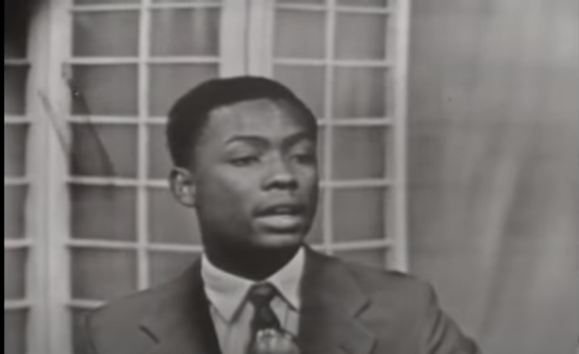 Boniface Offokaja, known as Bonny to his family, was born in Kano state, Nigeria on May 21, 1940, the first son of Thomas Igala Offokaja and his wife Susanna Offokaja. Thomas Offokaja was a businessman and leader in the Kano’s Igbo community.

Boniface Offokaja was the break-out star of the 1957 season of the High School Exchange Debaters from 32 Countries in the United States of America that year. At Sixteen years of age, he demonstrated remarkable oratory skills way beyond his age while still a student of St Gregory, Obalende, Lagos.

He was an outstanding debater among the exchange students who visited the USA that year and left a lasting impression on the American public who viewed the televised debate program among the high school students picked from all over the world. This was at a time when America was deeply battling racial segregation between the white and the black population, South Africa was deeply under Apartheid rule and Martin Luther King Jr, the Baptist Minister, was just starting the Civil Rights Movement.

During his exchange programme in the United States, he was not afraid to speak against unfairness in the treatment of people of African descent in the United States especially when his debates were televised live to millions of homes in the US. Beyond the treatment of blacks in the United States, young Boniface was unsparing in his query of the Apartheid rule in South Africa. This endeared him to many of his fellow exchange students, who were equally baffled by the methods of the American authorities while in the country.
On his return to Nigeria, after his exchange programme his father, Thomas Offokaja became a traditional leader – Igwe Thomas Offokaja of Akwu-ukwu, in the Idemmili South local government area of Anambra State, Eastern Nigeria. 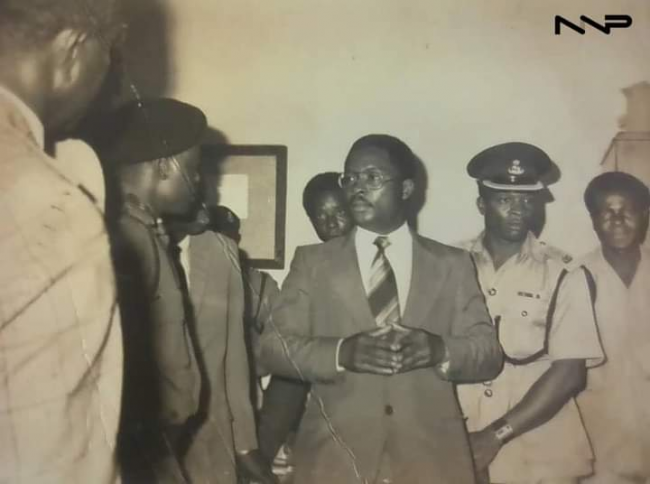 Young Bonny grew up in Kano and was fluent in Hausa at an early age. On completing primary school, he was among outstanding students who got admitted to the highly competitive St Gregory’s College, Obalende, Lagos. In Lagos, he was doubly promoted as a result of his outstanding performance and graduated in 1957 (aged 17). The teenage Offokaja excelled in his academics at St. Gregory’s College and won the national essay competition organized by the New York Herald Tribune on the subject “The World We Want”.

Consequently, Offokaja was picked to represent Nigeria at the World Youth Forum in the United States of America. In the United States, Boniface excelled among high school students from 32 other countries. Several remarkable quotes are attributed to him –

“How could you(America) be objective about African negroes, when you are prejudiced against American Negroes“ 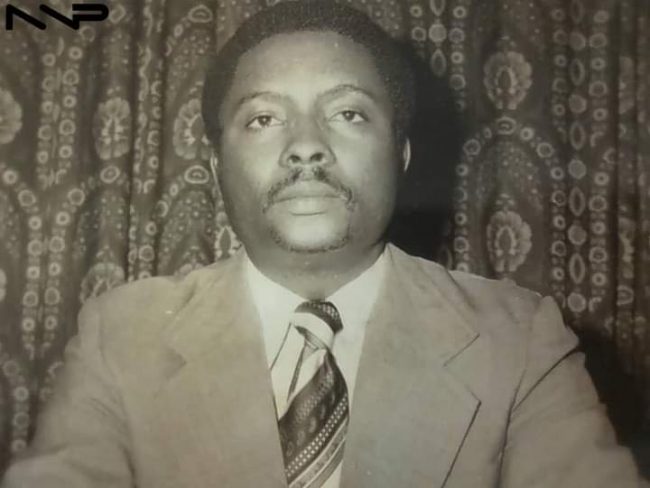 Transition to the Broadcasting World

In 1958, after his school certificate exam, Offokaja’ s flair for writing and speaking landed him a job as a newscaster with the Nigerian Broadcasting Corporation (NBC).

He cut his broadcasting teeth at NBC and was sharpened through NBC’s training programmes. At NBC, Offokaja championed workers’ rights and got into a bit of a tiff with management and the Federal Minister of Information.

The Premier of Eastern Nigeria, Dr Michael Okpara headhunted Offokaja just before independence in 1960 and transferred him to the Eastern Nigerian Broadcasting Service (ENBS). At ENBS Offokaja excelled at radio and television presentations. He moved rapidly to the top in the news division where he read news report daily and was a delight to listen to during the daily evening news broadcast.

During the Nigerian Civil war (1967-1970), Offokaja was a wartime correspondent for the AFP (the French International news agency) and had a good working relationship with Frederick Forsythe who worked for Reuters, BBC, and later became a freelance reporter.

Offokaja was under 30 when the war ended so he decided to pursue his tertiary educational dreams, hitherto unrealized because of his broadcasting commitments. He then attended the University of London, and later returned to broadcasting as a turnaround manager & administrator.

Offokaja studied History and Economics at the University of London. He obtained a degree in the History of Ideas from La Sorbonne (University of Paris). 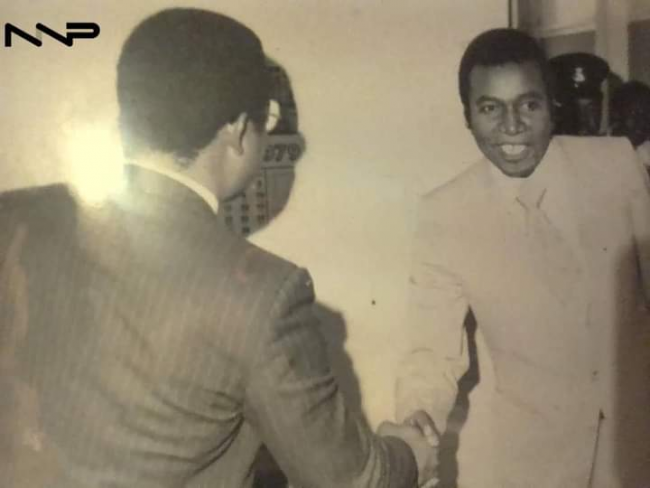 Boniface Offokaja, with Micheal Okpara, the Premier of the Eastern Region Nigeria

He returned to Nigeria and was appointed Director of News and Current Affairs in East Central State Broadcasting Service (ECBS). Dr Nnamdi Azikiwe, Dr Michael Okpara, Administrator Ukpabi Asika and other top leaders chose him to anchor their programs and conduct their interviews.

In 1978 (aged 38) Offokaja became the youngest Director-General of the ECBS where he ran an efficient and innovative operation. He secured land for and superintended the establishment of a commercial radio station at Onitsha. This new station morphed into the Anambra Broadcasting Corporation (ABC) headquarters. The renowned Nigerian Actor, Pete Edochie was the Director of Programmes at ABC in a different era from Mr Boniface Offokaja.

Offokaja also organized in-house training programs for all staff (skilled and unskilled) and was a delight to have around for members of staff due to his wealth of knowledge and experience.

He established the University of the Air perhaps, Nigerian’s First Open University, in partnership with the Institute of Management and Technology (IMT) Enugu. IMT delivered lectures through ABC’s radio and TV resources and provided non-conventional avenues for many young people to pursue their academic and professional training.

In 1984 (aged 44) Offokaja retired from broadcasting to pursue his entrepreneurial dreams. He established a large poultry farm named Ekulo Farms, at the time the biggest in the South East Zone of Nigeria.

The farm possessed not only a poultry feed mill that fed its birds and supplied other farms in Nigeria, but also an ethanol production plant.

He got involved in politics in the early 90s running for Anambra State Chairmanship under the National Republican Convention (NRC). The NRC was the all Nigerian political party established by the government of General Ibrahim Babangida and ultimately disbanded by the military regime of General Sani Abacha in 1993.

In 1996, Offokaja was appointed Sole Administrator of the struggling Anambra Broadcasting Corporation, which he turned around within 18 months. 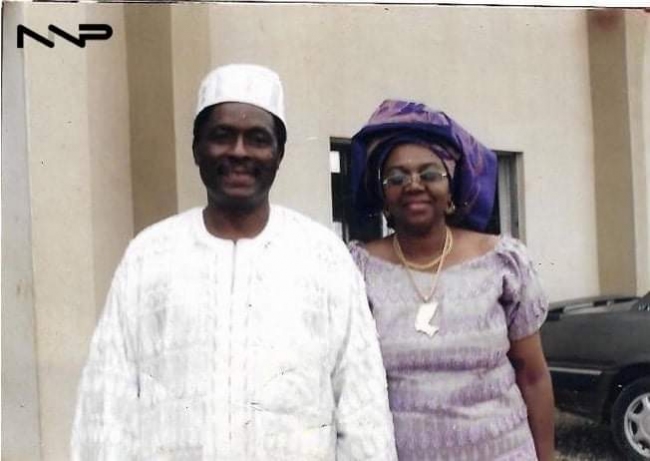 Offokaja spent the last two decades of his life publishing with Enterprise Today, a digital-age economic and business journal. Then,  Health and Lifestyle, an informative and motivating health magazine.

He also published books such as Great Igbos of the Last Millennium and The Nigeria Energy Crisis- a Rush to Coal.

Offokaja took his personal Christian faith more seriously later in life. He died on November 10, 2018, at the fulfiled age of 78 years. He touched many lives along the way.

“Have spent 15 years studying it(Apartheid system of governance), and every day I become more prejudice against South Africa(Apartheid) I don’t need to spend a day more.”

Mr Boniface Offokaja is reckoned by many as among the great pioneer of the new Nigeria after the independence from the British.

The pictures, their accompanying captions, and the biography would not be possible without the permission of the Offokaja family.

Source: Pictures and Bio provided by the Offokaja Family and obtained through the @TheEnuguNetwork.