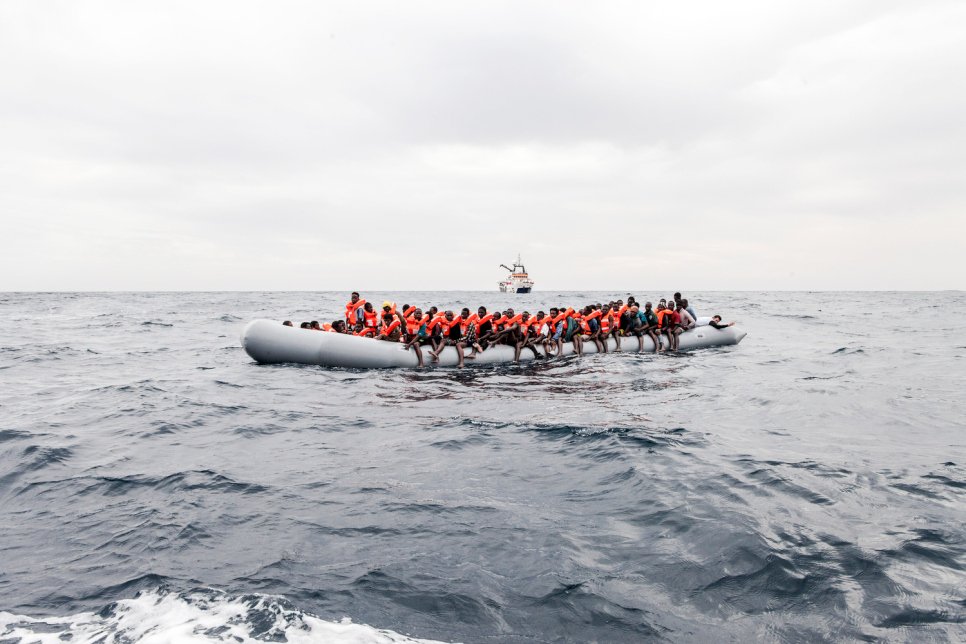 No fewer than 1,500 refugees and migrants have lost their lives attempting to cross the Mediterranean in the first seven months of 2018, the UN High Commission for Refugees (UNHCR) said.

The refugee agency said the bleak milestone was confirmed after more than 850 lives were lost in June and July alone, marking the Mediterranean crossing as the deadliest sea route in the world.

UNHCR said it was particularly concerned, as the rate of deaths was increasing, in spite of the total number of people arriving on European shores is significantly reduced compared to previous years.

However, one in every 31 people attempting the crossing in June and July died or are missing, compared to one in 49 in 2017, the UN agency said.

“In order to save lives at sea, we must use appropriate and necessary measures to hold to account, those who seek to gain profit from the exploitation of vulnerable human beings’’.

These boats, which smugglers severely overloaded with passengers, are then left to sail out at sea in the hope that a rescue will come in time, UNHCR regretted.

Without further action, more people are expected to perish at sea in the months ahead, as traffickers look to exploit the opportunities offered by improved weather conditions, the refugee agency warned.

Unlike in previous years, when Italy received the majority of new arrivals, Spain has become the primary destination with more than 23,500 people arriving by sea, compared to around 18,500 in Italy and 16,000 in Greece.

In July, UNHCR urged for search and rescue capacities on the Mediterranean Sea to be strengthened, after various legal and logistical restrictions were placed on NGO boats looking to rescue people in distress at sea.

Earlier in 2018, a number of boats carrying rescued passengers were left stranded at sea for days on end after being refused initial opportunities to disembark.

“Enhanced search and rescue capacities and a clear and predictable mechanism for disembarkation are cornerstones of the Joint Concept Note put forward by UNHCR and the International Organisation for Migration (IOM).

They are calling for a regional and collaborative approach to saving lives on the Mediterranean Sea.

“Without a harmonised and collaborative way forward, that brings coastal states and key stakeholders from the maritime and shipping industry together, we are certain to see the tragedy of the Mediterranean Sea continue.

“With so many lives at stake, it’s vital that we give shipmasters confidence that they will be able to dock rescued passengers and thereby ensure that the long-standing principle of rescuing people in distress at sea is protected,’’ Cochetel said.

Refugees fleeing Syria make up around 13.5 per cent of all new sea arrivals in Europe, the largest nationality group, highlighting the continued desperation faced by those affected by the world’s largest refugee crisis.

UNHCR reiterated its call for the international community to address the root causes of displacement that are driving people from their homes and forcing them to take increasingly dangerous and perilous journeys. (NAN)