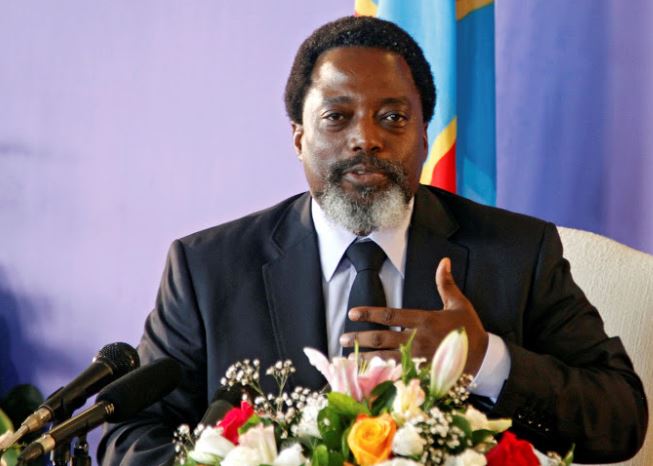 Democratic Republic of Congo President Joseph Kabila will not seek election for a third term, his spokesman announced Wednesday.

Kabila instead nominated his interior minister Emmanuel Ramazani Shadary as his successor.
The announcement reported in local media brought an end to speculation that Kabila would bypass the country’s two-term limit to stand in the December 23 elections.
Kabila succeeded his father, Laurent, after his assassination in 2001 and has since maintained a strong grip over the central African nation.
His second term ended in 2016 but he refused to step down from power leading to widespread protests where 17 people died.
Kabila tried to change the constitution to extend his term in office– despite an agreement reached by his representatives and opposition leaders.
Congo’s former vice president Jean-Pierre Bemba returned to the country last week and has announced plans to contest in December elections.
Responding to the news of Kabila stepping down, rights group Amnesty said it was “welcome news” for the Congolese.
However, Jean-Mobert Senga Amnesty researcher for DRC, said Kabila must do more to show that his government will “show a real commitment to ensuring an environment where people can freely exercise their human rights throughout the election cycle.”
Senga urged Kabila to formally lift the ban on peaceful demonstrations and release all those detained “solely for exercising their human rights.”
Source : CNN