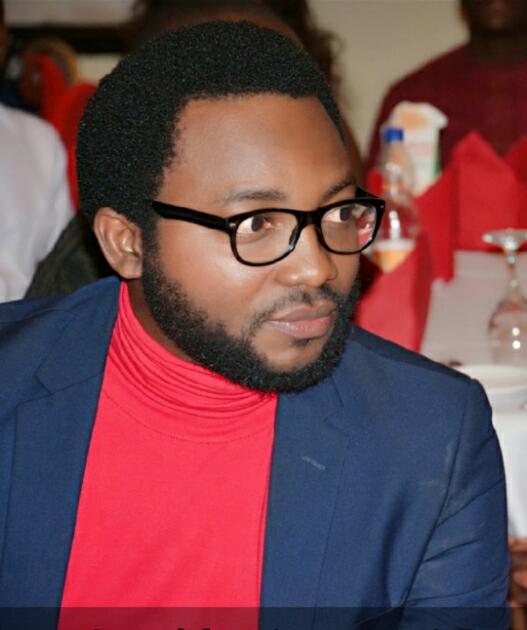 Joseph Johnson, a Reporter & Newscaster with Africa’s largest television network, Nigerian Television Authority (NTA) has proven himself as one of the extraordinary few in the broadcast industry pushing for uniqueness against all odds.

Unlike the sternness in what ‘the almighty sacred news’ is, he employs lots of fascinating styles of reporting & presentation that make each of his Report and Newscast something to look out for.

Born in the 80s, he hails from Akwa-Ibom State but spent a reasonable amount of years in Calabar.  While growing, he represented his school in newscasting during its end of the year celebration at a very young age; little did he know it was him living his future from the cradle as fate found its way of bringing him to that realization such that, when broadcasting later beckoned on him, he had every reason to heed its call.

He attended the University of Calabar where he graduated from the Department of Theatre and Media Studies as he majored in Media in his final year. Not only did he win the Mr Theatre, 2004 contest, he was also awarded “Best Media Personnel” during the Thespians’ Awards Ceremony. He also won the Award of “Most Creative Guy” at the NYSC Orientation Camp during his youth service.

He has worked with different broadcast stations including CRBC, FRCN (Radio Nigeria) alongside others as he explored his God-given talent through various programmes he presented. He joined the NTA in 2012 and it did not take too long before he became noticeable.
He is a Multiple Award Winner as he has at different times been recognised at local and National levels for his outstanding roles in the broadcast sector; some of which are: “Award of Excellence in Journalism by Akwa Ibom State National Body at the Maiden AKS Cultural Fiesta 2019”; “2020 Most Outstanding Media Personality Award by Swift Reporters”; “Media Excellence in the Reportage of the Digital Economy Sector 2021” by Digivation Network; endorsed by Atcon & Alton at the commemoration of 20 Years of Digital Revolution in Nigeria; Powered by GSM.

He is happily married to an ace Broadcaster who is equally a musician.

Being a Reporter, Newscaster, Producer and Senior Correspondent in the stations’ headquarters, he has carved a nichè for himself by giving a lighter twist to his style of news presentations as he equally anchors its flagship Network News at 9:00 pm.