The National Conference has finally ended with  an assurance from President Jonathan that the Federal Government will ensure the implementation of recommendations by the conference which have come out of consensus and not by divisions. 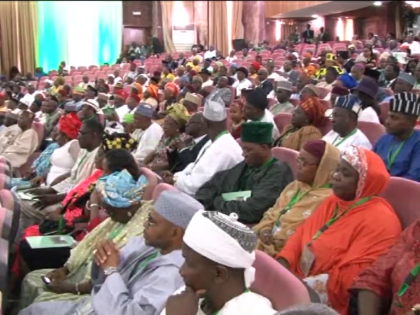 For almost five months, delegates from all works of life and across the country were engaged in what was described as a genuine and sincere dialogue among Nigerians to advance the course of the nation building resulting from various agitations and impediments to national cohesion motivated by the desire to make the country a better place. 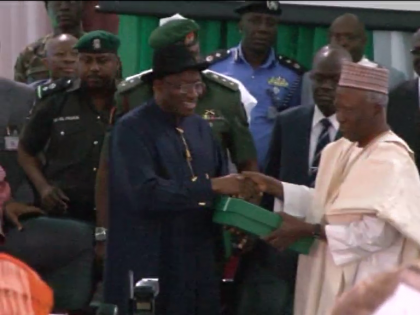 The tireless efforts of the delegates and leaders was acknowledged by President Jonathan as he received from the conference chairman, the ten thousand page report produced by the conference which contains recommendations on various issues of national interest. 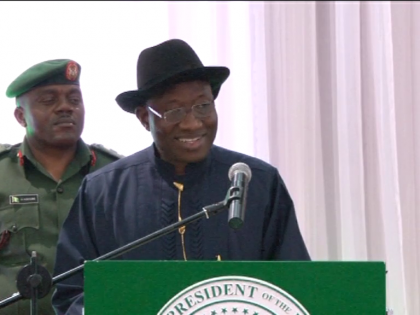 President Jonathan expressed satisfaction with the successful conclusion of the national conference, contrary to the impression in some quarters that it might disintegrate Nigeria. Delegates were given assurance by the President that their effort will not be waste of time and resources but assured the implementation of the recommendations. 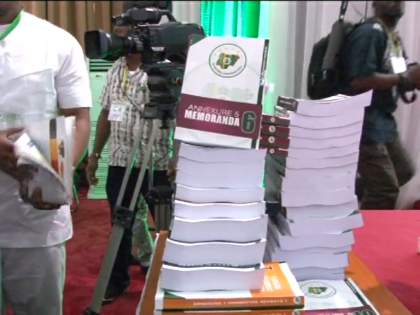 Chairman of the conference, Justice Kutigi said six hundred resolutions were approved, dealing with laws, policy and constitutional amendments and all were adopted by consensus,  including critical and fundamental resolutions.

A moment of silence was observed in honour of the four delegates who passed on during the course of the conference, including the wife of the Chairman.