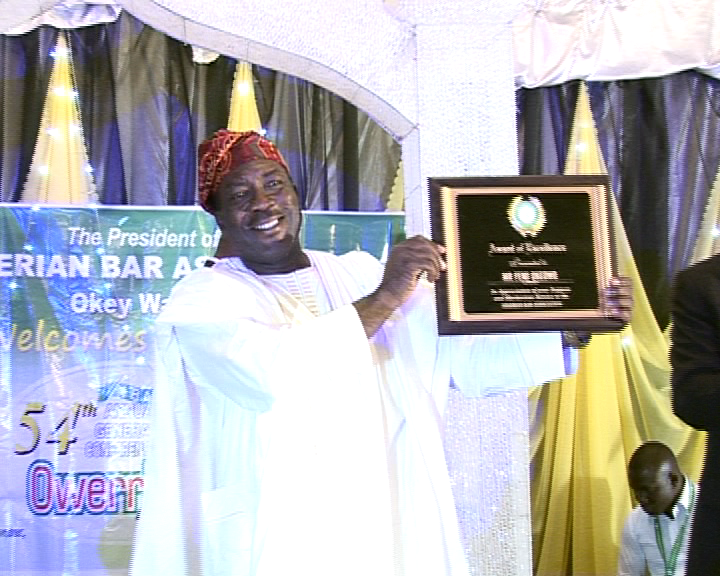 The Nigerian Bar Association has just concluded   its 54th Annual General Conference in Owerri the Imo State Capital. An award Night was added to the series of   activities held during the week. The Nigerian Television Authority became the toast of that night with the head of its Legal  Desk, Femi Okeowo receiving an award the Bar had never before given to any media personality.

The Nigerian Barr Association, a professional body for lawyers in the country, also serves as a watchdog of the nation’s politics. It performs this function effectively and enjoys good partnership with the media. 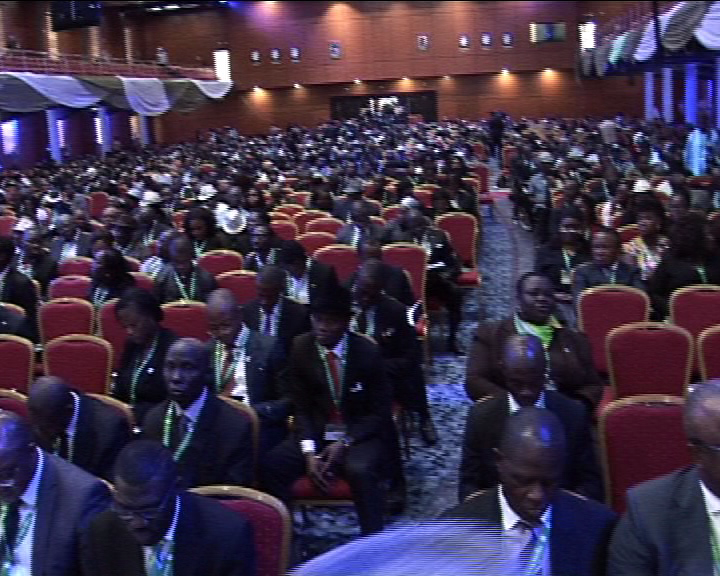 On the night NBA acknowledged the support and contributions of personalities, five serving governors were honoured among whom are Rochas Okoracha, Gabriel Suswan, Seriake Dickson, Emmanuel Uduaghan, Shehu Shema. Fourteen other key legal personalities including the outgoing President of NBA, Okey Wali.

But Femi Okeowo was singled out for media award which the NBA president said the award followed the increasing popularity of the Scale program on NTA, and the NTA news as a platform where Nigerians get information  and the happenings in the legal profession.

This is the third award  that the NTA Judiciary Desk has won in two years from the legal profession. The first was from law student of University of Abuja and the second one from the Nigeria Institute of Legal  Studies.