The senate has urged President Goodluck Jonathan to as a matter of urgency declare total war on Boko haram now threatening the Nation’s sovereignty and integrity.

Adopting a motion to that effect on the Security situation in the North East, Senators insist that Nigeria must come out with clear, concise and unequivocal mission statement towards confronting headlong and defeating the insurgents. 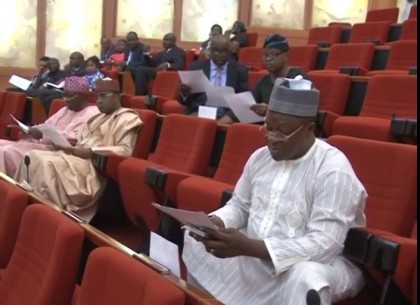 Before taking the motion on the threat to national sovereignty and integrity by the insurgents, Senate president read a seven page address dominated by the critical security situation and the need to confront the challenge holistically in the interest of the country.

“ As a responsible government we will not tolerate this subversion of our sovereignty , we must devise a  better strategy to win this war at the earliest possible time, we must as a matter of urgency fish out all financiers of this terrorists and all t collaborators where ever they are and bring them to book.” The senate president said.

The senate leader Vicotor Ndoma- Egba who sponsored the motion alongside all the other senators said in the last couple of months, Nigeria witnessed unprecedented   loss of lives, damage to properties as well as takeover of several communities by the Boko Haram elements. 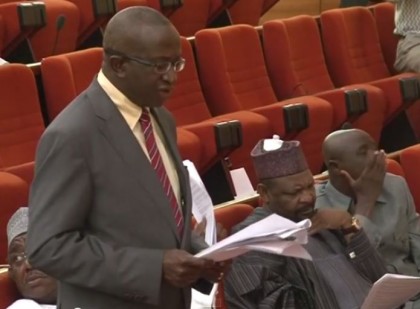 In a unanimous resolution, the senators mandated the leadership of the senate, chairman of relevant committees and law makers from affected areas to meet with the president and head of security agencies towards addressing the situation

Meanwhile, the president’s request for approval of external borrowing of $1billion to tackle insurgency was referred to the committees on local and foreign debts as well as finance and report back in one week.

In the mean time, the winner of the last by –election in Niger East senatorial district, Dr AShem of the PDP was sworn in by the senate president

Two new bills including the one Nigeria Industrial revolution plan was read for the first time.