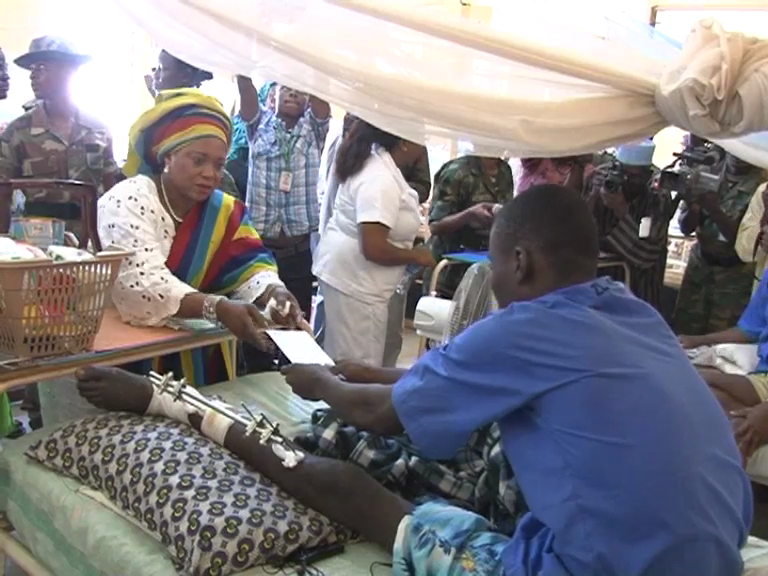 With renew offensive launched in the ongoing counter-insurgence operations by the Nigerian troops, the insurgents have not only lost huge numbers of men but have also lost equipments such as anti-aircraft guns, many AK47s, assorted rifles, vehicles and host of others. 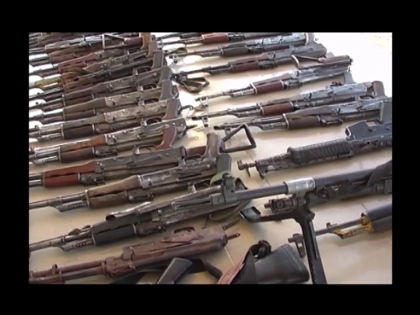 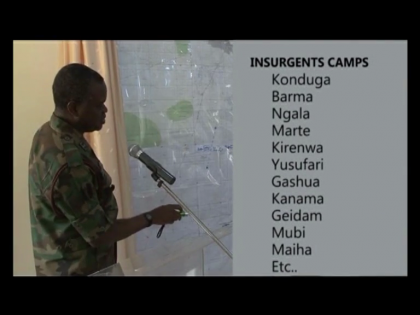 While some local government areas formally occupied by the insurgents have been reclaimed. this feat is not without the supreme price paid by some members of the Nigerian troops with lives lost, few incapacitated and wounded. 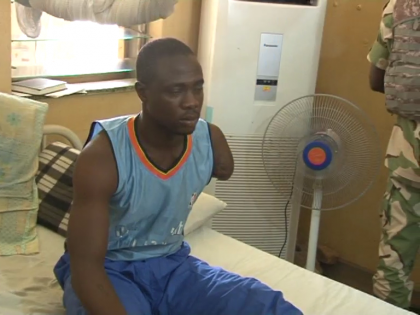 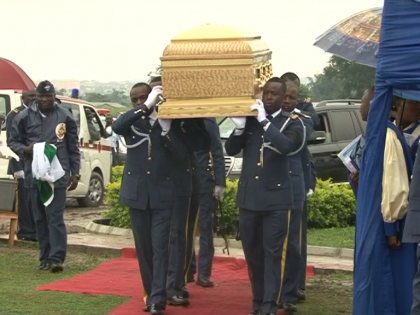 To further encourage and boost the moral of the troops,the wife of the Chief of Defence Staff  and President of DEPOWA, Mary Iya Badeh identified with the Soldiers. 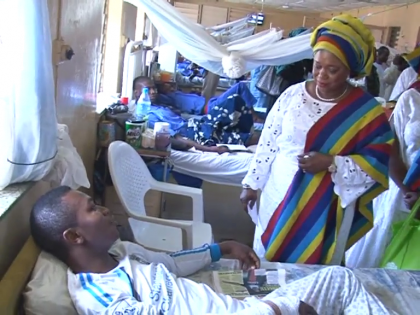 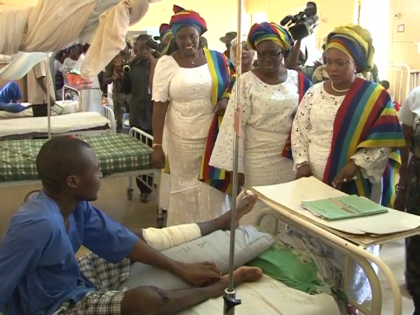 Some of the Officers and Soldiers receiving treatment at the 44 Nigerian Army Reference Hospital Kaduna who spoke with the crew behind camera expressed their readiness to go back to the battle ground and put to final rest the menace of insurgency.