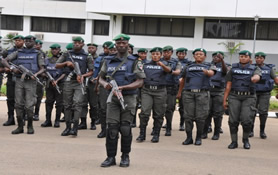 At about 2100hrs of Sunday 21st September, 2014, unknown gunmen unleashed heavy attack on Adogo Police Station, in the Ajaokuta Local Government Area of Kogi State, from different directions of Okene, Ajaokuta, and one other route, apparently desirous of carting away Police arms. The Policemen on duty, swiftly took positions and returned fire. The heavy dynamite launched by the attackers, demolished and set fire on part of the Station. 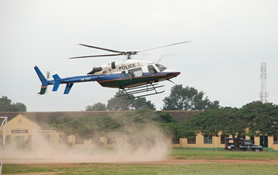 The desire of the hoodlums to cart away arms, was aborted, as the Police successfully evacuated the arms from the Station, to safety. As at the time of this report, no human casualty was recorded on the part of Police, while some of hoodlums, escaped with bullet wounds. However, the area has been reinforced while frantic efforts are ongoing to track-down the fleeing hoodlums. Meanwhile, the State Police Command is appealing to members of the public, to report anybody seen with bullet wound, of any sort, to the nearby Police Station or other Security agencies, please. 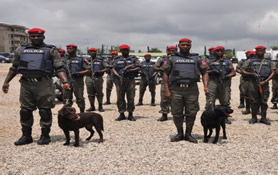