China has delivered a new-type of stealth patrol ship to Nigeria after completing sea trials. It is the first patrol ship China has exported to West Africa.

Designed by Wuchang Shipbuilding Industry Group, this type of offshore patrol vessel is very suitable for the Nigerian navy to use while conducting missions against pirates and local terrorist groups. With the F91 and its sister ship, Nigeria can also strengthen the defense of its offshore oilfields. The price of the vessel was between 65%-75% the cost of a patrol vessel from Western nations. 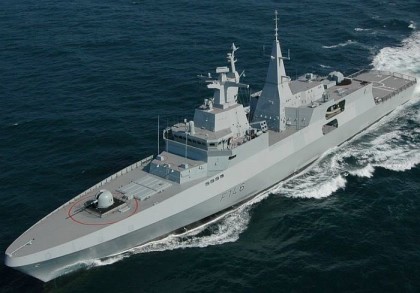 The patrol ship is 95 meters long and is equipped with two diesel master engines. It has a top speed of about 40 kilometers per hour. The F91 is equipped with one 76mm gun and two 30mm guns. With the capability to carry 70 crew members and a helicopter aboard. The 1,800 ton stealth ship will have a radar detection area of a ship of about 500 tons. It can be discovered only when it is very close to the radar of an enemy. 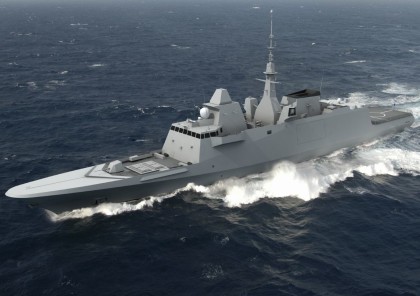 The patrol ship has been named “the Century” by the Nigerian navy. Its major missions will include patrol and guard duties along the coastline, protecting the exclusive maritime economic areas, carrying out marine search and rescues, and preventing marine pollution. 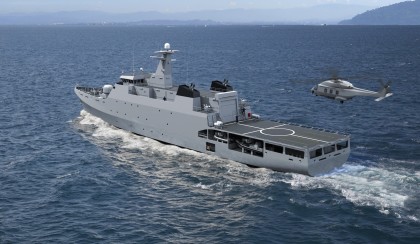 The patrol ship will travel more than 18,000 kilometers to get to Nigeria. In the following 50 days, it will go on friendly visits to several countries.

The patrol vessel is equipped with a helicopter garage, a 76-mm caliber main gun and two 30-mm caliber quick-firing guns. It is also installed with oil recovery devices in case of oil spills.

“In bad weather, the helicopter can be placed in the garage, where it can receive basic maintenance and be refueled,” said Zhu Xuejun, chief constructor of export-oriented offshore patrol vessel, Wuchang Shipbuilding Industry Group (WSIG).

The ship’s radar stealth design is such that it can only be detected when it is very close to enemy radar. Detection beyond a certain distance from radar is impossible. The vessel is going to serve as the Nigerian Navy’s first offshore patrol vessel under the P18N Project.

China officially turned over the first of two stealth patrol vessels to Nigeria at Qidong in eastern China’s Jiangsu province on Nov. 27, according to state broadcaster China National Radio. 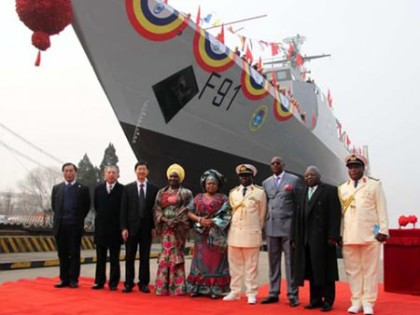 Nigeria paid US$42 million to purchase the two 1,800-tonne patrol ships from China. It paid an additional US$6.5 million to buy helicopters and replacement parts for the two vessels. The deal was made back in 2010 during the African Aerospace & Defense Exhibition. President Goodluck Jonathan confirmed the deal two years ago. After receiving the first vessel with hull number F91, Nigeria becomes the first nation in West Africa to operate a warship with Stealth capabilities, enhancing Nigeria’s Naval superiority in Africa.