EXCLUSIVE: Renewed Assault by Nigerian Military to Clear the North-East of Boko Haram

Following the pronouncements on October 2nd, 2014 from President Jonathan and the Minister of Finance, Dr Ngozi Okonjo-Iweala about purchase of modern Military hardware for the Nigerian Defence forces trying to ride the North-East of the menace of Boko Haram; it now appears the Nigerian Military have gotten the magic back – this precedes the dislodgement of Boko Haram from Mubi, dismantling of the siege on Damaturu, Yobe State, freeing of four out of six Local government areas initially controlled by the Insurgents, and the apparent push into domains formerly under the control of Boko Haram. It behoves to say we might just see a twist in the war on insurgency ravaging parts of Nigeria and tarnishing the image of our beautiful land in foreign media.

Retaking of Mubi and 4 LGAs in Adamawa State 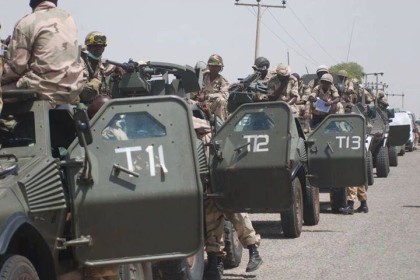 In all the places visited, houses and worship places(mosques and churches) were burnt down and shops looted. It is only in Mubi that the insurgents avoided burning houses but burnt business centers, shops were broken and looted including the Emir of Mubi’s house. 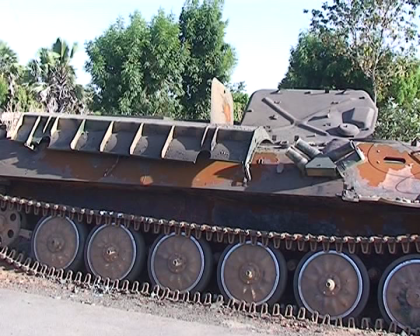 Tank belonging to members of the Boko Haram sect, destroyed in the fight to retake Mubi

Emir’s guard who spoke to news men said no damage was done to the Emir’s palace but all properties in the palace were looted. In all the the places recaptured by the Army normalcy has returned, people are going on their normal activities, only in Mubi  where a handful of people have returned while others are returning as at press time, Mararaba Mubi was the worst hit in terms of destruction of properties and houses as a result of suicide bomber who was shot by the military before reaching his target. During the incident three Armour tanks and the vehicles of the sect were blown off.

Locals in Chibok, Borno State stated the following of the renewed effort of the Nigerian military: “When we saw the soldiers we knew they were serious and we had hope in them,” says Mr Dawa to a reporter. “Judging by the kind of weapons they had I think their strength has been improved.” 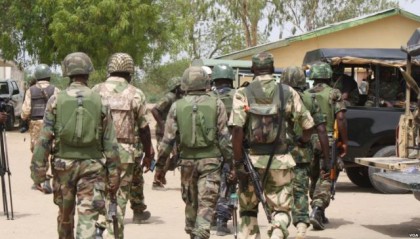 There have been reports of deployment of T-72 tanks, a local stated this of the use of this moving fortress during one of the operations in the Adamawa State-  “The military is now better equipped and more confident. Its newly acquired T72 tank is devastating. Boko Haram bombed it using suicide bombers with a pickup packed with explosives but to no avail. Only scratches. And the beast moved on.” 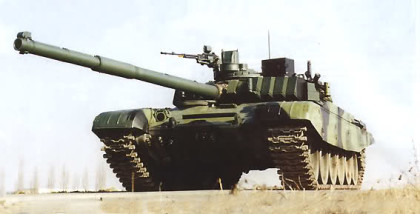 Boko Haram militants launched a dawn raid on Monday morning, December 1st 2014, on Damaturu, Yobe State and attacked a number of security formations and public building. The militants, who set out from Gujba road, also attacked the Yobe State Government House, but were repelled by soldiers. Attack on Damaturu was the biggest affront on a Nigerian administrative structure till date by members of the sect. 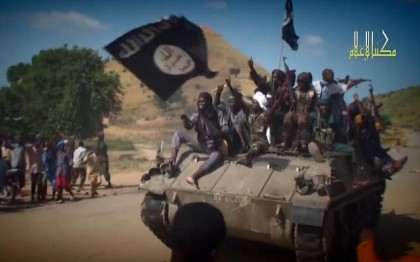 Residents said some militants were burnt beyond recognition so it would be difficult to know their exact casualty figure.

The overwhelmed militants abandoned more than 10 vehicles with Arabic inscriptions at different locations of the town. Three Hilux vans belonging to the army, the vigilante and the police were burnt close to Yobe State University gate in the ensuing fightings.

Sources at the university said the militants snatched five vehicles belonging to the school and burnt the Admin block.
On the other hand, over 10 Hilux vans used by the militants were destroyed but they managed to snatch cars from the INEC premises and the state university to flee.

Security operatives and volunteers continued arrest of some militants trapped in various locations, an effort witnesses said had been fruitful. All streets of the state capital remained deserted on Tuesday except for movement of security forces.

The beautiful thing about Damaturu was that the fightings was over by mid-day, and the insurgents were on the run: a UReporter for NTA wrote:

#Ureport: Kudos to soldiers they tried by quelling this animalistic attack on Damaturu, BH were killed in the number – @elfarouq137

Battle in Ashaka Cement and Environ 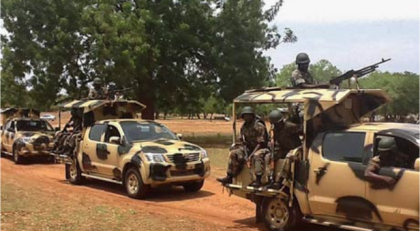 In an information contained on the Defence Headquarter Website – Terrorists fleeing Ashaka on Thursday managed to retrieve 3 truckloads full of their dead members following the defeat & heavy casualty they suffered after a fierce battle with troops in the area. The terrorists who had come in large number with heavy equipment & convoy of over 30 vehicles & a number of motor cycles, were on a mission to take control of Ashaka town, after they had operated in Bajoga & environ in Gombe state. Troops who got wind of their intention to overun other towns pursued the terrorists while some also laid ambush for them. The terrorists were forced to abandon the mission when the troops proved unyielding. Most of the vehicles & equipment used by the terrorists for their mission, were destroyed before they chose to flee the location. Over 10 soldiers however died in the battle while those who were wounded are being treated in military hospitals.

Winning the War Against Boko Haram 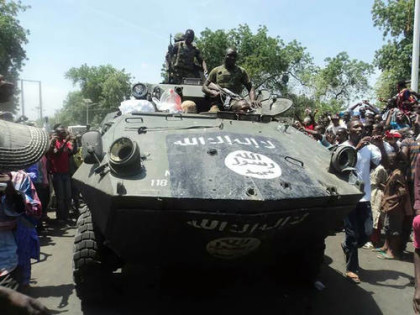 Troops finally clear Mubi of Insurgents – Nigerian Army wrote at 2014-12-05 15:57. The Defence Headquarters on Friday in Abuja said troops had on Thursday completed the operation to clear Mubi of terrorists who had been operating in the town and its environs.

This is contained in a statement issued by Maj. Gen. Chris Olukolade, Director of Defence Information. It said a mop-up operation was ongoing to apprehend any of the terrorists who might be lurking around after they had been dislodged during the coordinated air and land military operations in the area. There are also reports of the change in formation of the Soldiers being sent to the frontline, as many of them seem above 30yrs and seem to have taken part in battles across Africa. 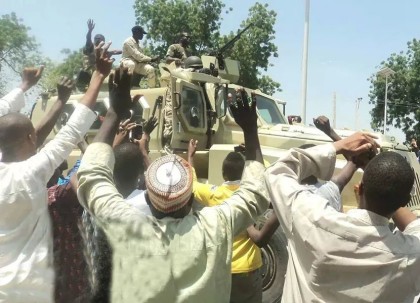 The statement also said that the operation to rid other parts of the federation of terrorist activities was continuing as planned.

Nigeria military through its information handle, Defence Info gave updates on the operations to ride the North-East Nigeria of Boko Haram fighters:

#UPDATE: Our Troops are in full control of Gombi, Pelia and Hong as operations to clear all areas infested by terrorists continue. /1

Many terrorists are being captured as some die. Weapons and Equipment are also being recovered. Mopping up Ongoing in the area even #NOW /2

Nigerians all over have long wondered why Nigerian military cannot protect Nigerians, which is their primary responsibility as contained in the constitution of the Federal Republic of Nigeria, perhaps the period of wondering is finally over.