First Boko Haram attack in Niger beaten back by Troops 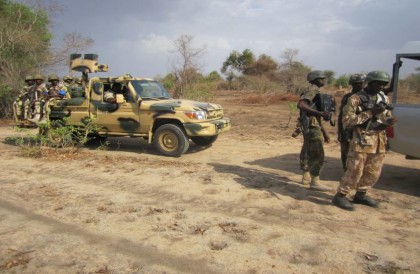 Nigerian military in operations in the northeastern part of Nigeria (Photo: Nigerian Military)

Islamist group Boko Haram for the first time launched an attack in Niger on Friday, striking at the town of Bosso just across the border from Nigeria, witnesses said.

Fighting broke out around 9:00 am (0800 GMT) but troops pushed back the attack by the end of the morning, said Yacouba Soumana Gaoh, governor of the regional capital of Diffa. 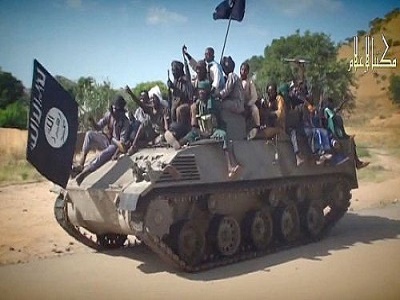 “We could hear the sound of weapons all around the town, often very near our windows. There was the noise of heavy weapons and of light arms, making our houses shake,” one resident told AFP.

Niger’s army took on the Nigerian armed jihadists alongside troops from Chad who have been stationed in Bosso since Monday, a humanitarian worker said, stating that Boko Haram “took the municipality” for a time before being “driven back to Nigeria”. 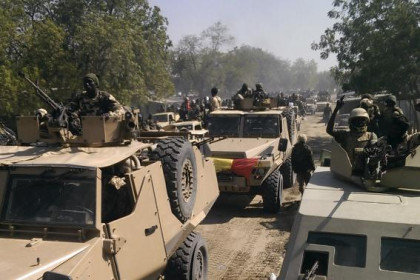 However, the governor said that only Nigerien troops fought back the raid, while the Chadians were stationed at a distance.

“It was like a race across the town,” the resident said. “As the fighting drew near, we heard cries of ‘Allahu Akbar’ (God is Greater). We heard an aircraft fly over the town.”

“We even saw smoke coming up from the town hall and the prefect’s office, where heavy gunfire was heard,” he added in the Hausa language, asking not to be named. “It’s quiet now, but we’re staying home.”

Niger’s parliament in the capital Niamey is due to vote on Monday on a proposal to send troops to Nigeria to fight Boko Haram, as impetus to beat the jihadists mounts across the region.