The Federal Executive Council sat and gave attention to the Transport Sector. Elsewhere, the Ministry of Power drew public attention to the rampant cases of Vandalism which have seriously affected electricity supply and in affect the economy. So many other issues of State were addressed this Wednesday even as the President sat down with Journalists at a Presidential Media Chat 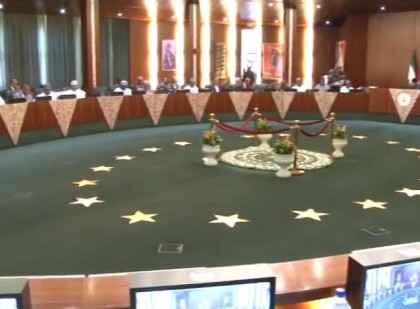 The council also approved, the Nigerian Postal Commission Bill 2014 and the Federal Competition and Consumer Protection Bill 2014.The National Road Fund Bill and Federal Road Authority Bill 2014 were also approved for the establishment for the Federal road authority that will be in-charge and own the federal network across the country, currently being hold by Federal Ministry of Works

The draft bill for the establishment of the National Agency For The Great Green Wall was also approved. The project is one of the commitments of the present administration to check the treat of increasing desertification and land degradation in the front line states of the country.

Meanwhile the National Policy on the Staple Crop Processing Zone has also been approved. It is to guide the development, management and oppression of staple crop processing zones in the country for commercial viability.