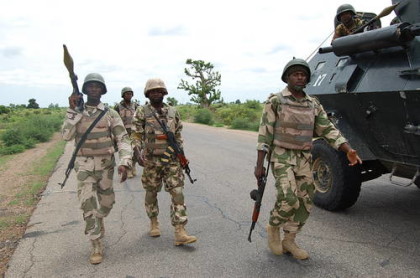 The Senate has formally taken pride in the gallantly exhibited by Nigerian Armed Forces in liberating most of the Communities under the control of Boko Haram in the North Eastern part of the Country. This followed a point of order raised by Senator Maina Ma’aji Lawan from Borno State on the success recorded by the Military on the renewed onslaught against the terrorists group. 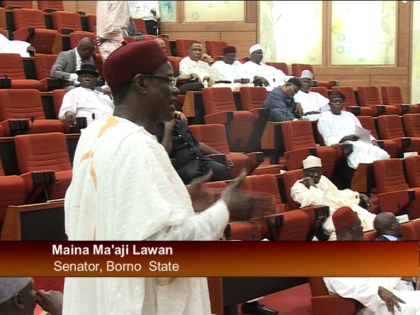 Senator Maina Ma’aji Lawan known to have been very critical of the fight against terrorism in the past, was quick to point out that apart from Bama and Gwoza, all the lost territories to the insurgents has been reclaimed, describing the situation as heartwarming and a thing of pride. 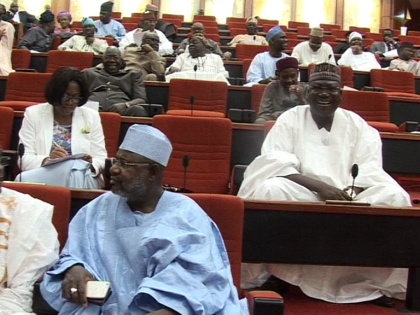 Cross section of senators at the session

The State President David Mark who was also full of praises to the Nigerian Military on the successes recorded so far in the fight against terrorism directed the committee on Defence and Army to pass the message of appreciation of the senate to the armed forces. 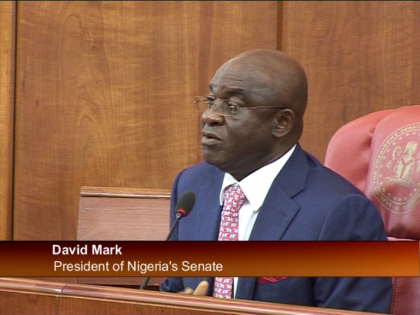 The senate also adopted the conference committee report on the INEC Act Ammendment bill 2015, seeking to improve the legal framework of the electoral process. Meanwhile, the 2015 budget proposals of 60.2 billion naira for Nigerian Communications Commission and 61.1 billion naira for the Universal service Provision Fund recommended by the communications committee lead by senator Gilbert were approved by the Senate with a warning by the Senate President that the rate of drop calls by service providers is unacceptable.  Four other reports were received by the senate including the one by the committee on power chaired by Senator Philip Aduda on the Electricity Management Services Authority Establishment Bill 2015.